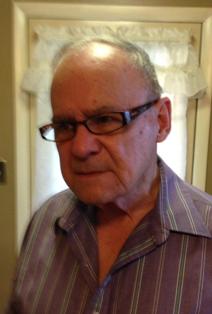 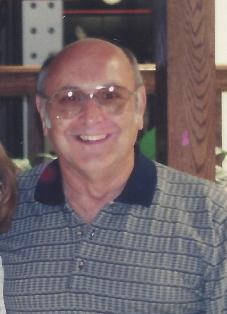 Heidi E. Ulshafer, 57, of Bethlehem, passed away January 21, 2021. Born in Bethlehem, she was the daughter of the late Roger and Patricia W. (Dougherty) Ulshafer. She had worked for Goldwell Hair Color Corp and then as a Salon Coordinator for TechniColor. Heidi enjoyed teaching and participating in dancing and gymnastics. She took pride in cooking and entertaining.
She is survived by her dog/best friend- Ralphie and many friends.
A Calling Time will be held on Friday, January 29th 3-4 with a Service at 4PM in Downing Funeral Home, Inc. 1002 W. Broad St Bethlehem, PA 18018.
Please no flowers, donations can be made in Heidi’s memory to the Vasculitis Foundation for Granulomatosis with Polyangiitis PO Box 28660 Kansas City, MI 64188.
Reply Reply All Forward

Patricia A. (Dougherty) Ulshafer, 74, of Bethlehem, passed away June 1, 2018. She was the loving wife of the late Roger W. Ulshafer. Born in Allentown, she was the daughter of the late Lenore (Krause) and Walter J. Dougherty. Patricia played in the Liberty High School band as 1st chair flute and later gave flute lessons to others. She enjoyed reading, music of all types and taking care of her family.

Survivors: daughter- Heidi Ulshafer with whom she resided; granddog- Ralphie; sister-in-law- Donna Dougherty of Coplay; nieces, nephews and cousins. She was predeceased by her brother- Robert Dougherty.

Please no flowers, contributions can be made in Patricia’s memory to the Vasculitis Foundation for Granulomatosis with Polyangiitis “Wegener’s Granulomatosis” to help with the research of Heidi’s disease, care of Downing Funeral Home, Inc.

Alphonse A. Urban, 81, of Bethlehem, passed away February 9, 2017 in Whitehall Manor. He was the loving companion of 12 years to Helen Snyder of Temple, PA. Born in Annapolis, MD he was the son of the late Alphonse V. Urban and the late Margaret E. (Peil) Urban. Alphonse served in the U.S. Army and Army Reserves for 20 years before retiring. He then worked as a Psychiatric Aide at the Allentown State Hospital for 40 years. Alphonse was an avid bowler, square dancer and belonged to the Saucon Squares and the B & B in Allentown.

A viewing will be held Tuesday 6-8PM and Wednesday 9-10AM with a service to follow at 10AM all in Downing Funeral Home, Inc. 1002 W. Broad St. Bethlehem, PA 18018. Burial to follow in Holy Saviour Cemetery.

Contributions can be made in Alphonse’s memory to Toys for Tots or to the Alzheimer’s Association.

Roger W. Ulshafer, 75, of Bethlehem, passed away March 13, 2014 surrounded by his immediate family. He was the loving husband of 40 years to Patricia (Dougherty) Ulshafer. Born April 27, 1938 in Franklin Twp, he was the son of the late William and Evelyn (Wright) Ulshafer. Roger was a graduate of Lehighton High School where he was an exceptional baseball player. Roger served in the U.S Army. He retired from the Bethlehem Steel and then worked at the Bethlehem Municipal Golf Course. Roger was an avid golf fan and player. He enjoyed working in his garden, reading magazines and walking his Granddog Ralphie.

In lieu of flowers, donations can be made in Roger’s memory to Vasculitis Foundation to help with the research of Heidi’s disease, Wegener’s Granulomatosis, care of Downing Funeral Home, Inc.