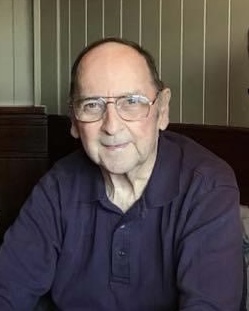 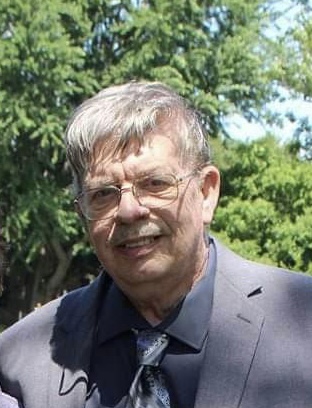 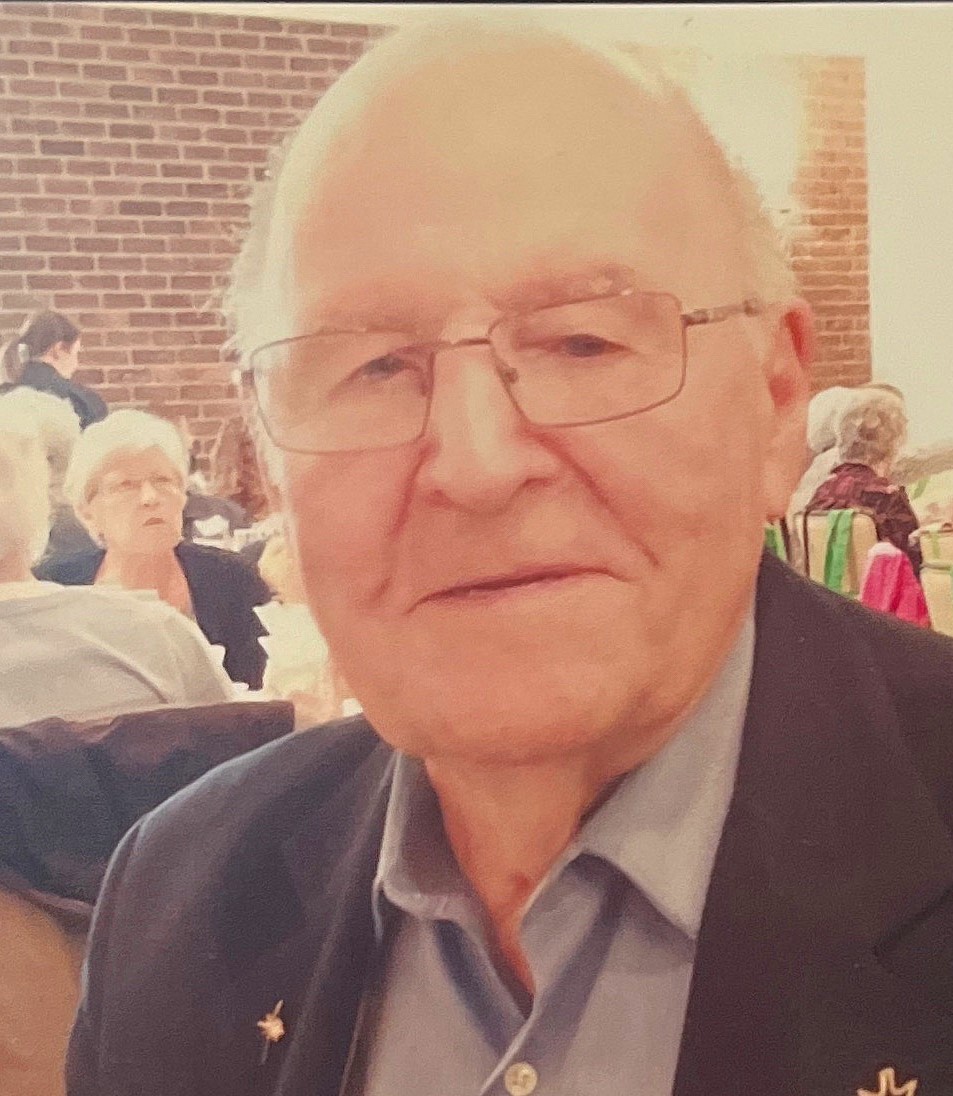 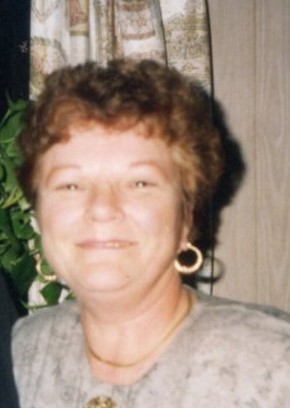 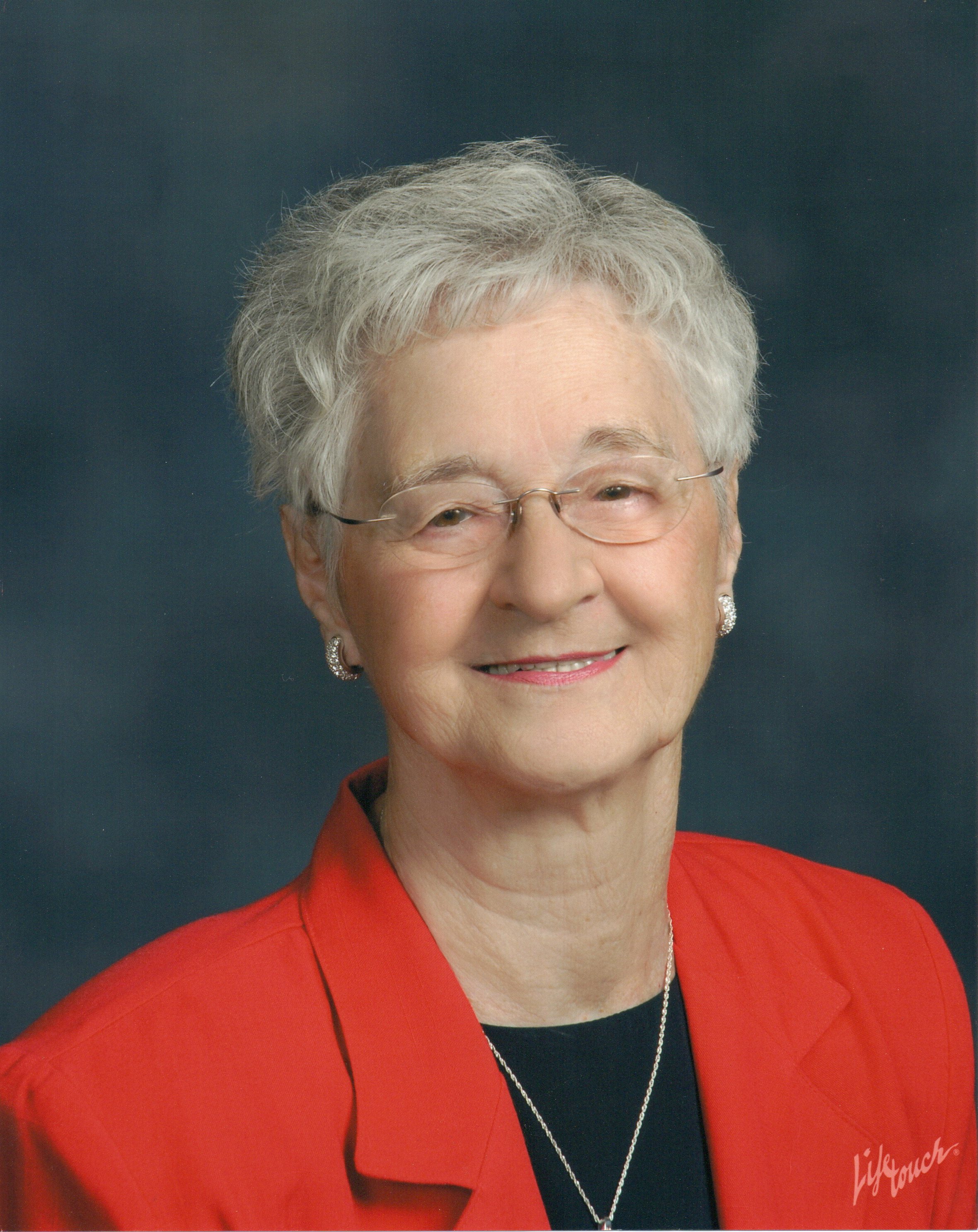 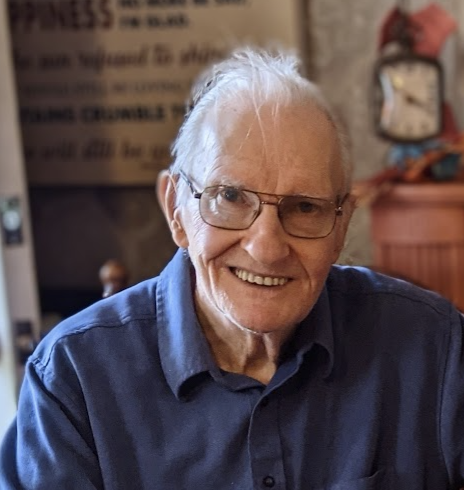 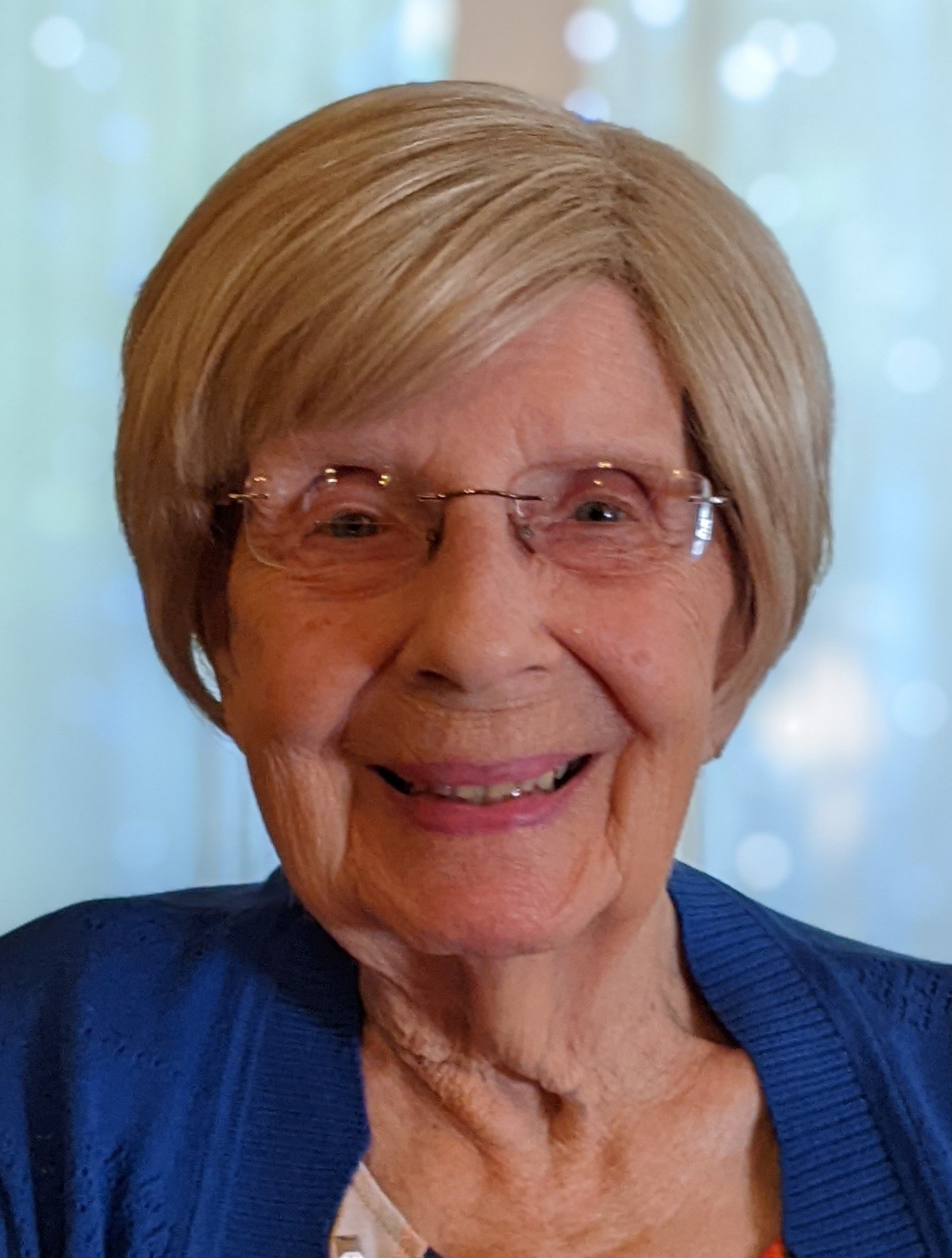 John King, 82, of Bethlehem, passed away January 29, 2023 at Phoebe Home in Allentown. He was the loving husband of the late Jacqueline H. (Ramer) King. Born in Queens, NY he was the son of the late John and Marie (LaPort) King. John served in the U.S. Army. He worked for many years as a maintenance manager at Lehigh Plaza Apartments. He will be missed immensely by family, friends, former coworkers and complex residents.
John is survived by his daughter, Coleen Celentano, her husband Frank, their twins, Sean and Jessica and his son, Kevin and his sons, Cameron and Nolan.
Services will be Private for the family care of Downing Funeral Home, Inc. Donations in John’s name may be made to St. Luke’s Hospice.

Gary L. Briggs, 77, of Bethlehem, passed away January 13, 2023. He was the loving husband of 51 years to Mary Ann (Brancadora) Briggs. Born in Fountain Hill, he was the son of the late William and Arlene (Erb) Briggs. Gary graduated from Liberty High School in 1963 and attended Northampton County Community College. He served in the U.S. Army during the Vietnam War. Gary was hard working and retired as Assistant Chief of the Bethlehem Fire Dept. after 27 years of service while also working for 20 years at Miller Keystone Blood Center as a Mobile Unit Attendant. Gary was a member of Notre Dame of Bethlehem Catholic Church. He was an Eagle Scout, a dedicated blood donor, a well respected friend and mentor and a loving family man. He will be deeply missed.

In lieu of flowers, contributions can be made to the Tunnel to Towers Foundation, Miller Keystone Blood Center or Notre Dame of Bethlehem Catholic Church care of Downing Funeral Home, Inc.

Joseph Mauro Dominic Fiore Sr., 86, of Bethlehem, passed away December 31, 2022. Joe was born in Scranton, January 12, 1936, at Mercy Hospital. The first 18 months of life he was raised by the Sisters of St. Joseph Orphanage in Scranton. Joe was adopted by a loving couple, Dominic and Catherine (Molinaro) Fiore, thank you Mom and Dad for all your love and support. Rest in Peace! Joe was raised in the 6th Ward of Allentown and graduated from Allentown High School in 1954. After working at various jobs, Joe started working in the construction trade, eventually becoming a carpenter. In 1967 he joined the Carpenters Union Local 368 Allentown, which later became L.V. Local 167. Joe retired in 1998, a proud union member.
Joe was married for 43 years to the love of his life, the late Dorothy E. Kasper, who passed November 22, 2006. They were blessed with two children, daughter Catherine and her husband Mike Brown and a son Joseph Fiore Jr.; two loving grandchildren, Olivia Rose and Dashiell Owen; brother-in-laws- Gene Kasper and his three children, Bob and his wife Joanne Kasper; aunt, Marian Howell and many cousins.
Joe was very active as an Extraordinary Minister of the Holy Eucharist at Notre Dame of Bethlehem Catholic Church, bringing Communion to shut-ins. He was a member of the Holy Name Society, active in the Notre Dame 55+ Club, a past Lay Director of Allentown Cursillo Movement (1990-1992), volunteered for the Allentown Diocesan Soup Kitchen, was an American Cancer Society Driver for Road to Recovery & Health Fairs, and volunteered for St. Luke’s Hospice and VNA. He was a life member of the Fearless Fire Co #14, Inc., was a past president of UNICO (2003-2004) Italian American Organization, and a past president of Belmont Golf League. Joe loved this quote from the late Jimmy Valvano, “God must’ve loved ordinary people, because He made so many of us, and sometimes ordinary people can do extraordinary things.” Joe believed in the Resurrection and the world to come! He tried to live the 3 F’s--- Faith, Family and Friends.
A viewing will be held Tuesday, January 10th 9:30-10:30AM with Mass of Christian Burial to follow at 10:30AM all in Notre Dame of Bethlehem Catholic Church 1861 Catasauqua Rd Bethlehem, PA 18018. Burial to follow in Holy Saviour Cemetery, Bethlehem. Arrangements are entrusted to Downing Funeral Home, Inc.
In lieu of flowers, contributions can be made in Joe’s memory to any of the about groups.

Elsie G. (Mesaros) Skoutelas, 76, of Allentown, passed away December 25, 2022. She was the loving wife of the late George S. “Gus” Skoutelas Sr. Born in Allentown, she was the daughter of the late Joseph and Elsie (Boyer) Mesaros. She worked at Vallos Bakery alongside her husband. Elsie was a member of St. Nicholas Greek Orthodox Cathedral. She was also a member of the Eastern Stars. She enjoyed bowling and going to the mountains with her husband. She will be deeply missed.
Survivors: children- Sherry Skoutelas, Bob Rotz, Bill Rotz, Gina Skoutelas-Kern; step-sons- Steve, Tom and George Skoutelas; many grandchildren and great grandchildren; sister- Helen Kneller; brother- Charles Mesaros. She was predeceased by 2 brothers and 4 sisters.
A viewing will be held on Tuesday, January 3rd 11AM-12PM with a Service to follow at 12PM in St. Nicholas Greek Orthodox Cathedral 1607 W. Union Blvd Bethlehem, PA 18018. Burial to follow in Cedar Hill Memorial Park. Arrangements are entrusted to Downing Funeral Home, Inc.

Leona “Lee” M. (Makovsky) Kahl, 93, of Bethlehem, passed away November 26, 2022. She was the wife of the late John F. Kahl and first husband Paul Harvey. Born in Whitehall, she was the daughter of the late Anthony and Mary (Gallik) Makovsky. Lee graduated from Allentown Central Catholic High School. She was a member of Notre Dame of Bethlehem Catholic Church for 58 years, where she served as an eucharistic minister. Lee volunteered at Holy Family Manor and was a past President of the Catasauqua Jr. Women’s Club. She enjoyed traveling, played in various bridge groups, and was an avid reader. She will be deeply missed by her family.
Survivors: children- Jeffrey Kahl and husband Bobby Gibson, Judy Kahl, Keith Kahl, Karen Kahl and husband Todd Wilson; grandchildren- Thomas, Peter, Brian, Kaitlynn, Erin, David, Nicholas, and Alyssa; 14 great grandchildren; sister- Constance Buss. She was predeceased by her children- James Kahl, John Kahl Jr., Carol Stupak and husband Thomas Stupak; grandson- Mark Abdallah; 4 sisters and 2 brothers.
A calling time will be held Saturday, December 3rd 9-10AM with a Mass of Christian Burial to be celebrated at 10AM in Notre Dame of Bethlehem Catholic Church 1861 Catasauqua Rd Bethlehem, PA 18018. Burial to follow in Holy Saviour Cemetery. Arrangements are entrusted to Downing Funeral Home, Inc.
Contributions can be made in Lee’s memory to St. Luke’s Hospice House, 2455 Black River Road, Bethlehem.

Gavin Lionel Boddie, 89, of Bethlehem, passed away November 25, 2022. He was the loving husband of 55 years to Jill (Yarney) Boddie. Born in Portsmouth, England, he was the son of the late Sidney and Dorothy (Dymock) Boddie. At the University level, Gavin studied chemistry, and later electronics, earning his certification from the Institute of Electrical and Radio Engineers in 1973. While still in the UK, Gavin worked for British Aircraft Corp and was then recruited by Texas Instruments, resulting in his relocation to the DFW area in Texas in 1979. After 11 years in Texas, Gavin relocated to the Lehigh Valley. He worked as an electrical engineer for Bell & Howell and Polymer Dynamics prior to retiring in 2007. Gavin was a quiet, thoughtful man who thoroughly enjoyed gardening and was very dedicated to his family. He will be deeply missed. Aside from his wife Jill, he is survived by sons- Howard and his wife Cyndee; Simon and his wife Anne; and 4 grandchildren.
A memorial service is planned for 11:00 am to 1:00pm on Saturday December 10, 2022 at Downing Funeral Home, 1002 West Broad St, Bethlehem, PA 18018. In lieu of flowers, contributions can be made to St. Lukes Hospice 801 Ostrum St. Bethlehem, PA 18015.

James W. Laczo, 71, of Bethlehem, passed away November 10, 2022. He was the son of the late Helen (Lysek) and Alfred J. Laczo Sr. James was a member of Saints Simon and Jude Catholic Church. He worked for many years as a mail clerk and printer. James was a member of the Black Diamond Model Railroad Club and enjoyed doing photography. He will be deeply missed.
He is survived by his brother- David and predeceased by his brother- Freddy Laczo Jr.
Mass of Christian Burial will be celebrated at 11AM in Saints Simon and Jude Catholic Church 730 W. Broad St. Bethlehem, PA 18018. Interment to follow in Sacred Heart Catholic Cemetery in Whitehall. Arrangements are entrusted to Downing Funeral Home, Inc.

On November 2, 2022 Bertha “Bert” Butkowski, 90, took her long desired journey home to be with her Lord and Savior Jesus Christ! How we all rejoice with her and for her! Bert was born 9/25/1932 on Staten Island, NY. She was married to Andrew Butkowski for 42 years until his death in 1993. Together they raised 9 wonderful and entertaining children. Bert was a devoted wife and mother. She loved all babies- but especially her grandchildren and great grandchildren.
Bert had a great sense of humor, a contagious laugh, and a generous spirit. She was an avid reader, played a mean game of Scrabble, was always up for a party, and loved to dance at celebrations!
She is survived by her 9 children. Her 5 loving daughters: Cathy Graf (Mike), Joan Sergi (Rick), Anne Schoepple (Steve), Mary Sarisky (Joe), Maggie Post (Ryan). Her 4 Butkowski sons: Charles (Angela), Richard (Rita), Peter (Susan), John (Anita). Bert had 21 grandchildren and 16 great grandchildren.
Services: A viewing will be held on Friday, Nov 11th from 6-7:30PM with a funeral service at 7:30PM in Downing Funeral Home, Inc. 1002 W. Broad St. Bethlehem, PA 18018. A viewing will be held Saturday, Nov 12th 9:30-10:30AM with a Mass of Christian Burial at 10:30AM all in Notre Dame of Bethlehem Catholic Church 1861 Catasauqua Rd Bethlehem, PA 18018 where Bert was a 52-year member. Interment at Holy Saviour Cemetery.
In lieu of flowers, Bert’s heart’s desires were donations to Bright Hope Pregnancy Support Centers 2200 Hamilton St. Suite 108 Allentown, PA 18109 and Mary’s Shelter 615 Kenhorst Blvd Reading, PA 19611.