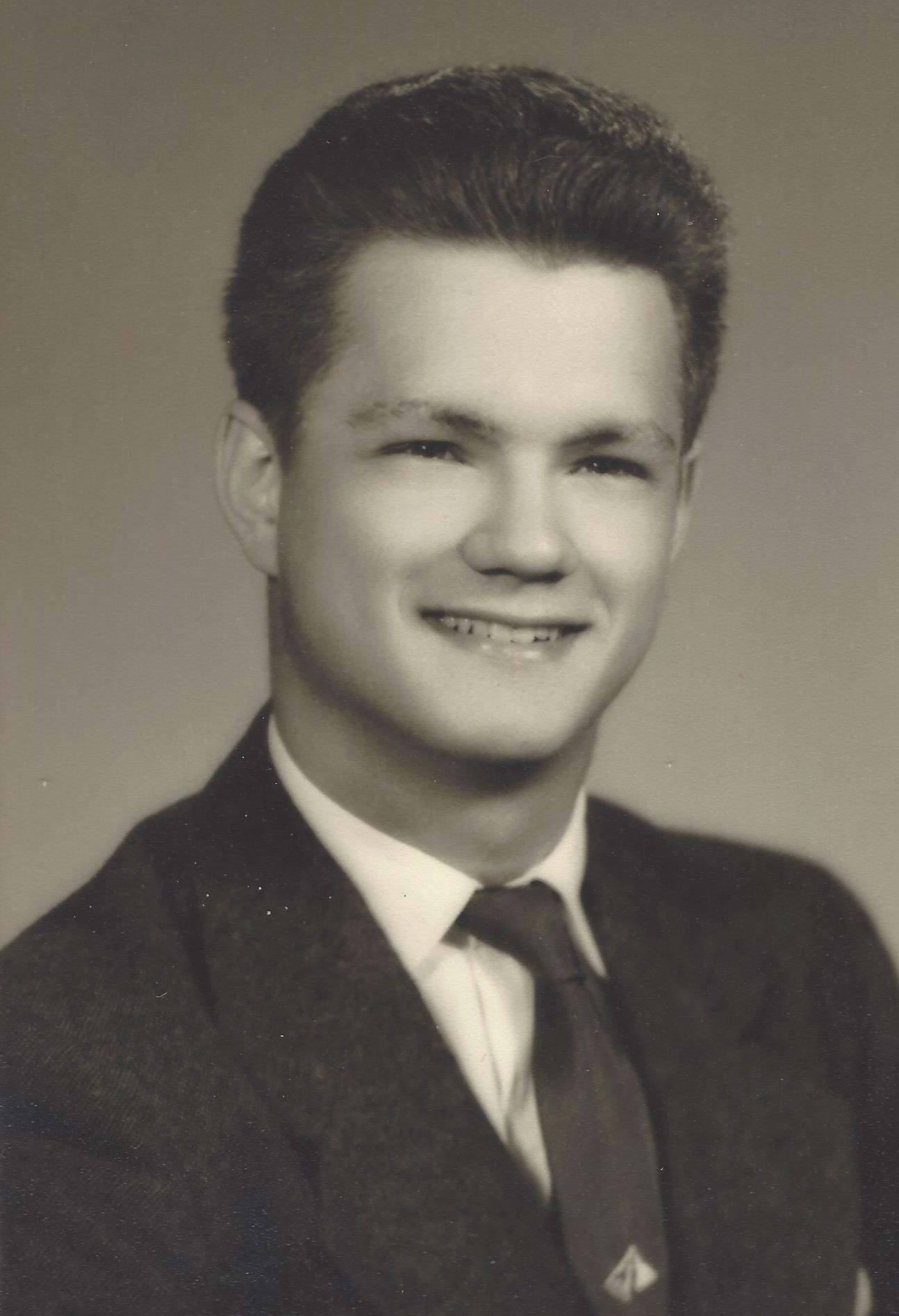 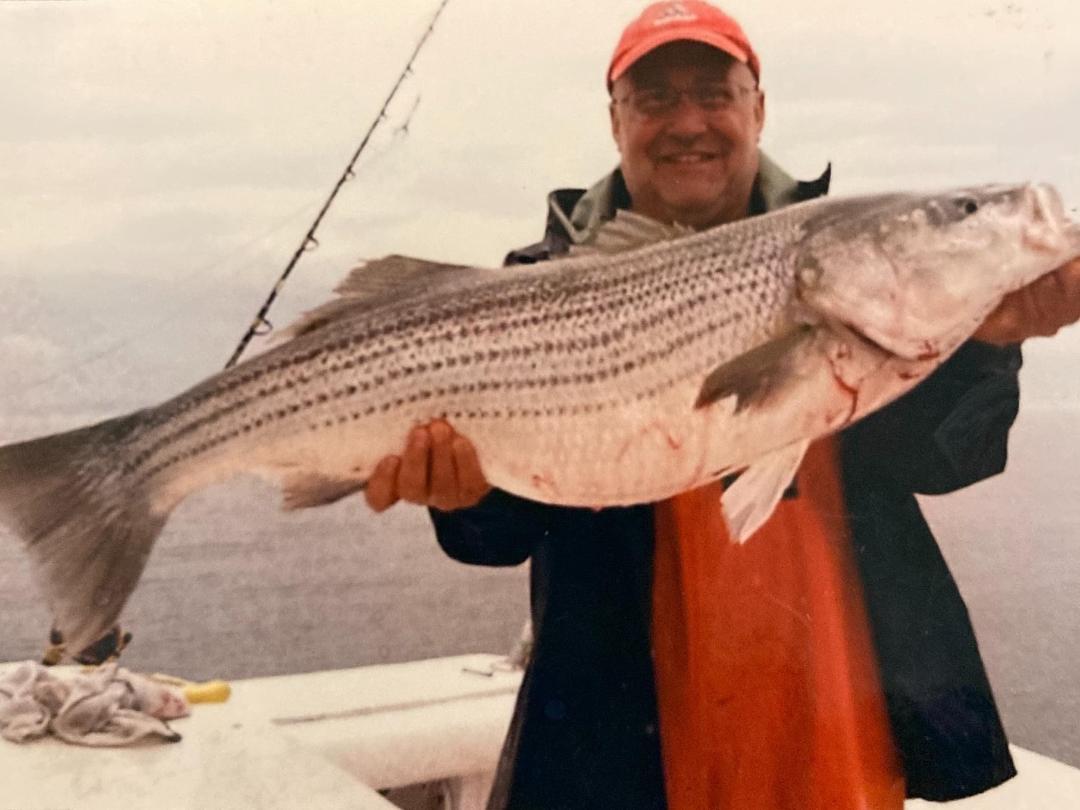 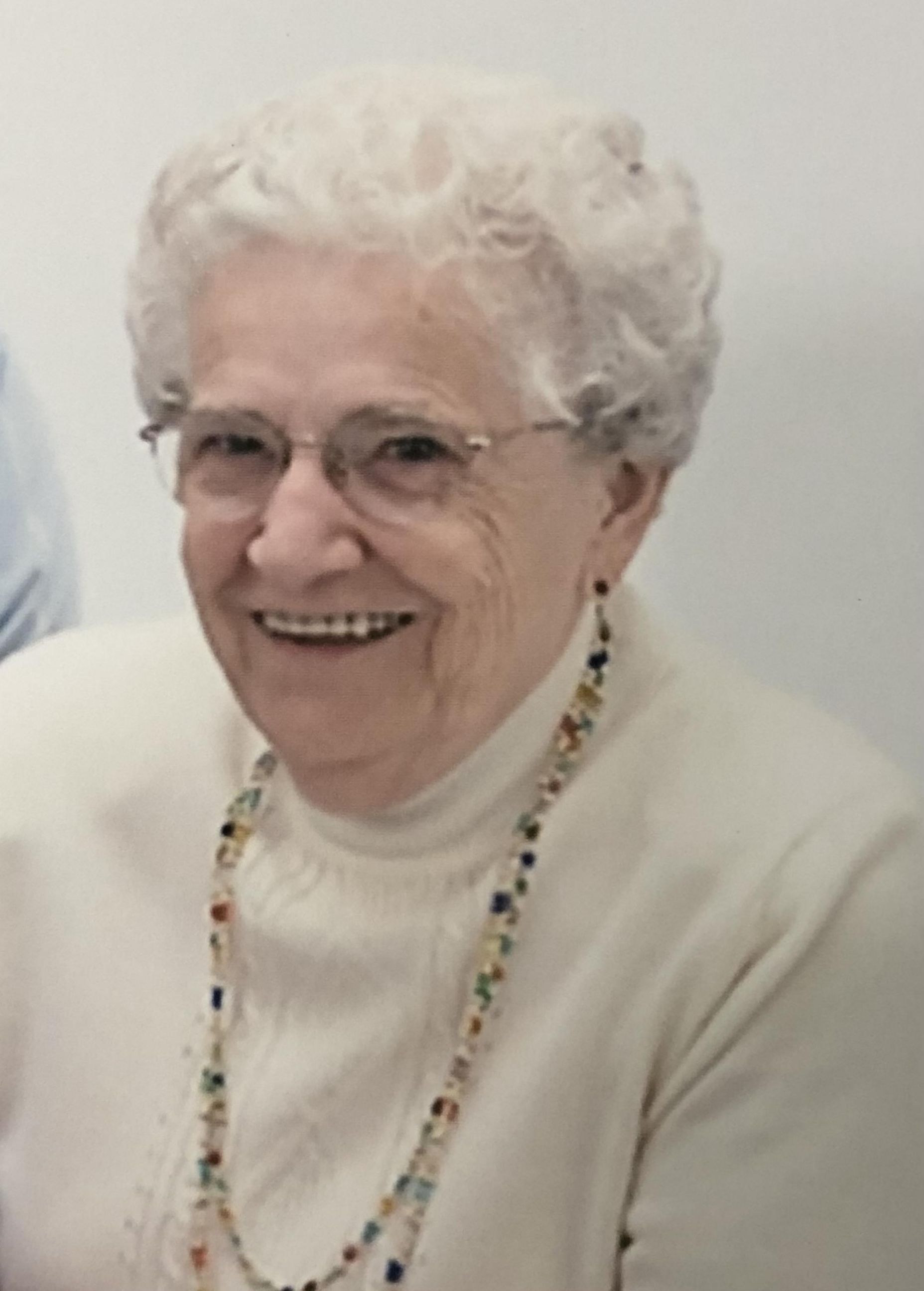 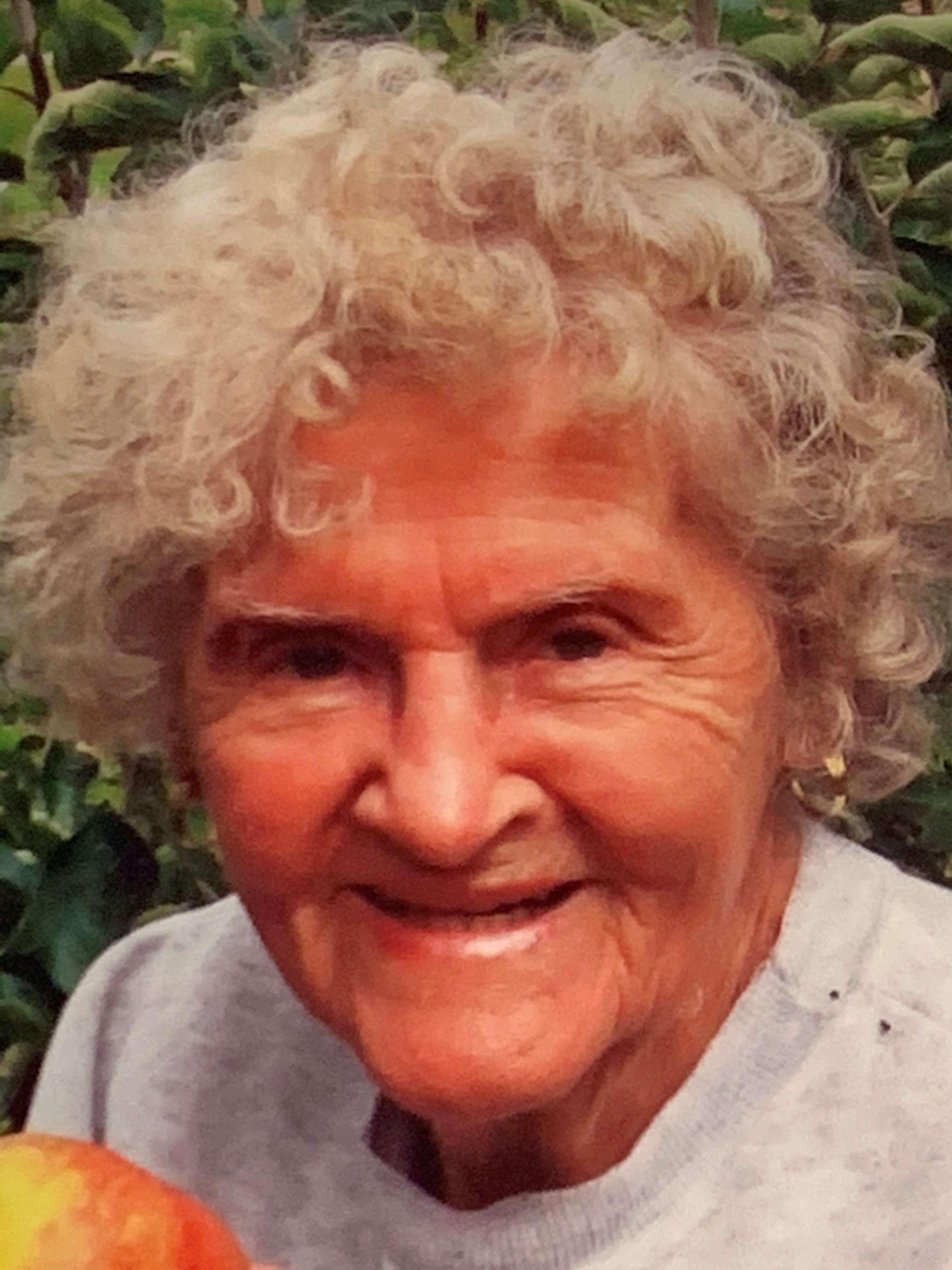 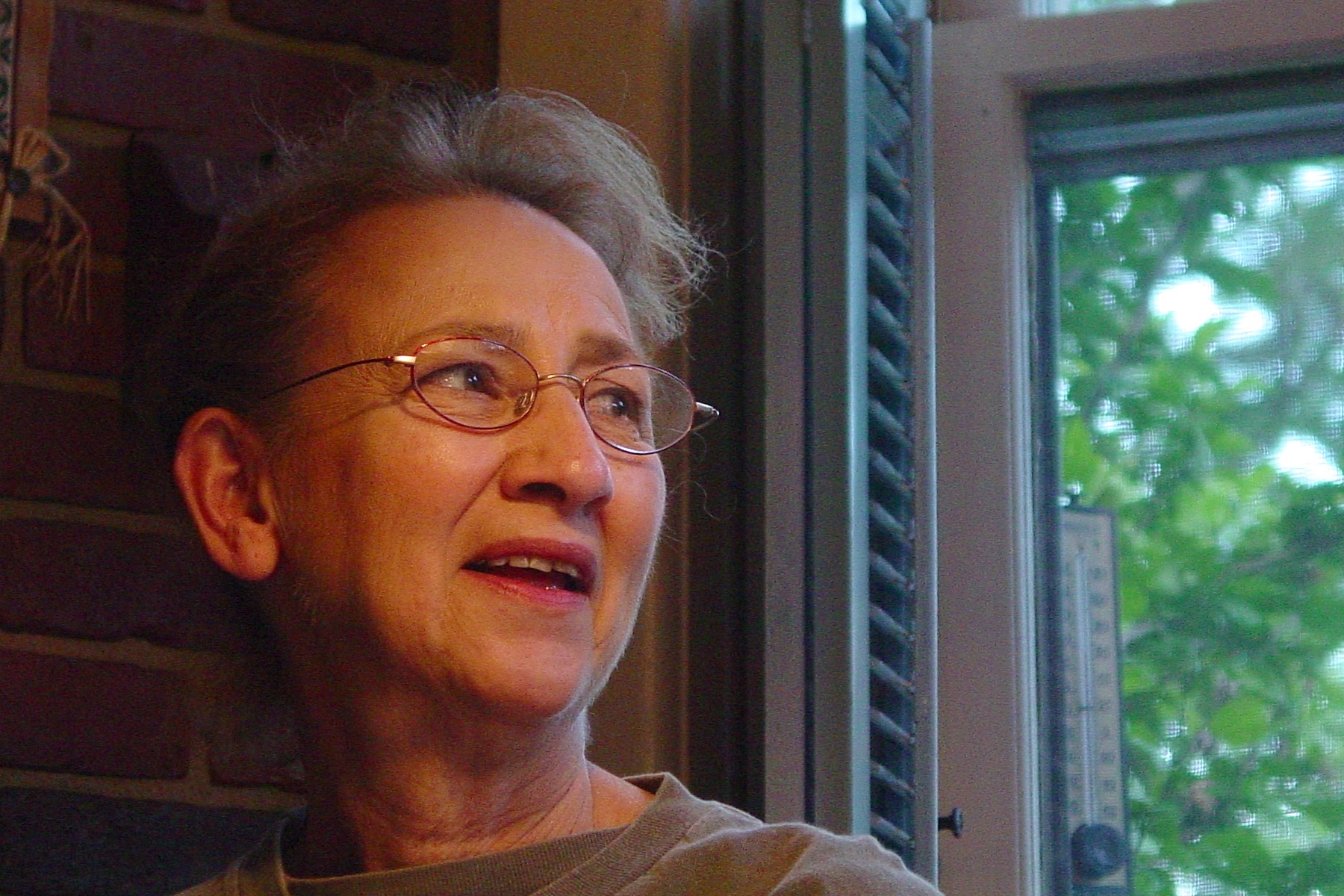 Dorothy A. (Basara) Saukulak, 91, of Bethlehem, passed away December 26, 2021. She was the the loving wife of the late Edward J. Saukulak, Jr. Born in Wilkes-Barre, she was daughter of the late Josephine (Zarenka) Basara. Dorothy was a member of Notre Dame of Bethlehem Catholic Church. One of her greatest joys was spending time with her grandchildren. She will be deeply missed.
Survivors: Children- Donna Posivak of Bethlehem, Joann Hart of Stewartsville, MD, Edward Saukulak Jr of Bethlehem and Greg Saukulak of Long Island, NY; 8 grandchildren; 8 great grandchildren.
Services will be Private.

Donald K. Sassaman, 81, passed away on October 28, 2021. Born in Fountain Hill, he was the son of the late Karl Helfrich Sassaman and Mildred (McMurtrie) Sassaman. Donald graduated from Liberty high School as Valedictorian in 1957. He then received his bachelors in Electrical Engineering from Lehigh University and his Master’s in Engineering from the University of Southern California. Donald worked for Vitro Corp for 30 years in MD. He traveled the world designing and installing communication equipment for the U.S. Air Force. Donald was an avid model airplane enthusiast and would spend his time building and flying the airplanes with friends. He also had his private pilot’s license. He will be deeply missed.
Survivors: brothers- Todd and Thomas Sassaman, sister- Mary Erney, nieces and nephews. He was predeceased by his brothers- Karl and Richard Sassaman and sister- Lois Mason.
A calling time will be held on Friday, December 10th 10-11 AM with a Service to follow at 11AM in Downing Funeral Home Inc. 1002 W Broad St. Bethlehem, PA 18018. Burial to follow in Bethlehem Memorial Park.
Contributions can be made in Donald’s memory to the American Cancer Society.

Frank J. Seier, Jr., 68, of Bethlehem, passed away August 31, 2021. He was the son of the late Frank and Bernadine Seier. Frank worked previously for Bethlehem Steel doing masonry and then later worked doing grounds keeping for Allentown State Hospital. He enjoyed Notre Dame football, fishing (especially deep-sea fishing) and he treasured his cat- Ziggy. He will be deeply missed.
Survivors: daughter- Lauren Seier; brothers- Tommy, Jimmy and Daniel Seier; sister- Monica Swanson.
A Memorial Service will be announced at a later date. Arrangements are entrusted to Downing Funeral Home, Inc.
Contributions can be made in Frank’s memory to an animal shelter of one’s choice.

Thomas W. Steirer, 73, of Bethlehem, passed away June 27, 2021. He was the loving husband to Eileen R. (Conway) Steirer and previously the late Barbara (Kapes) Steirer. Born in Allentown, he was the son of late William and Dorothy (Reinert) Steirer. Thomas served in the U.S. Navy during the Vietnam War. He worked as a Cryogenic Mechanic before his retirement from Air Products/ Sumitomo. Thomas was a member of Saints Simon and Jude Catholic Church and the Tin Can Sailors. His favorite moments were spending time with his grandchildren. He will be deeply missed.
Survivors: wife- Eileen Steirer; daughters- Lynn Somers and husband Greg of Coopersburg, Deborah Kelleman and husband James of Easton; grandchildren- Andrew, Carley, Maxwell, Lexie and Lyndsey; brother- Richard Steirer; sister- Maryann Miller; nieces and nephews.
A calling time will be held on Friday, July 2nd 10-11AM with a Memorial Service to follow at 11AM in Downing Funeral Home, Inc 1002 W. Broad St Bethlehem, PA 18018.
In lieu of flowers, contributions can be made in Thomas’s memory to the Leukemia and Lymphoma Society PO Box 98018 Washington, DC 20090-8018.

Elizabeth “Betty” (Ruhe) Scheirer, 94, of Bethlehem passed away May 27, 2021 at St. Luke’s VNA Hospice. She was born July 4, 1926 to the late Jacob and Catharine (Matizka) Ruhe. She was the loving wife of the late Jacob Scheirer for 62 years before he passed away in August of 2009. She graduated from Liberty High School in 1944. Prior to becoming a fulltime homemaker, Betty had previously worked for Laros Silk Mill and Roller Smith. She was a member of Trinity UCC and participated in their Welcome Wednesday’s. She had taught Sunday School class and started the Peanut Group at Bethany UCC, where she was a former member. Betty enjoyed playing cards, knitting and sending cards to people. She will be deeply missed.
Surviving are sons- James and Randy; grandsons- James and wife Season, Michael and wife Christine; great grandchildren- Jacob, Isabella, Cameron and Teagan. She was predeceased by 5 brothers and 5 sisters.
A viewing will be held on Wednesday, June 2nd 9:30-10:45AM with a Service to follow at 11AM all in Trinity UCC 81 E. North St. Bethlehem, PA 18018. Burial to follow in Bethlehem Memorial Park. Arrangements are entrusted to Downing Funeral Home, Inc.
In lieu of flowers, donations can be made in Betty’s memory to Trinity UCC.

Mary C. Steager, 99, of Bethlehem, passed away January 8, 2021. She was the loving wife of the late James Steager Sr. Born in Bethlehem, she was the daughter of the late Stephan and Mary Slahta. Mary was a member of St. Ursula Catholic Church and their Woman’s Guild. She was a member of the Fountain Hill Hiller’s, volunteered at Cedarbrook Nursing Home and previously for Channel 39. Mary was an avid gardener.
Survivors: daughter- Patricia and husband Dr. Joseph Bacak, grandson- Daniel and wife Lauren Madden. She was predeceased by her son- James Steager Jr., son-in-law- Edward Stokarski and 9 siblings.
Services will be Private for the family care of Downing Funeral Home, Inc.

Patricia A. Smith, 79, of Bethlehem, died on October 12, 2020.
Pat was a great listener who was deeply perceptive and gave wise advice, but only when you asked for it. She was also very silly, always looked forward to lunch with the girls and could probably beat you at Yahtzee nine times out of 10.
Among the skills her daughters wish they’d inherited from her were her keen eye for interior design, her ability to solve even the hardest puzzles and word games and her gift for bringing so many friends and family members together for Sunday dinners, summer picnics and Thanksgiving.
Pat was married to Jack “Hank” Smith for 52 years until his passing in 2012. Together, they enjoyed remodeling their home, rides around the countryside and dinners at old favorites like The Cove Inn in Bethlehem. But they were happiest catching lots of flounder on their annual vacations to Chincoteague Island, Virginia. Their ashes will be spread together on Chesapeake Bay.
The family wishes to extend their sincere thanks to the many loved ones who showed Pat their continual love, support and compassion in immeasurable ways during her illness. They’re also deeply grateful to the staff of Abington Manor for their ongoing care, particularly during this difficult time.
Survivors: Pat is survived by her two adoring daughters and son-in-laws, Christine and Tom Guro of Hellertown and Valarie Smith and Brian Libby of Portland, Oregon; three grandchildren and their spouses, Julie Nuttall of Hellertown, Michael and Jessica Kolesnik of Hamilton, NJ, and Sean and Kierstin Guro of Hellertown; her great-grandsons Michael John and Joseph James Kolesnik, of Hamilton, NJ; her sisters and brothers-in-law, Linda and Sam D’Amico of Bethlehem and Emma and Bill Chavera of Las Vegas, NV; and her brother and sister-in-law, Frederick and Eva Anderson, of Bethlehem. She was preceded in death by her sister and brother-in-law, Shelby and Edward Sitler of Bethlehem, PA, and will be remembered with love by her nieces, nephews, cousins and dear friends.
Services: Private services will be held at Downing Funeral Home.
Contributions: In lieu of flowers, the family suggests you donate to a charity of your choice.