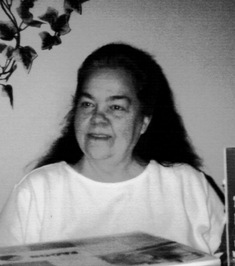 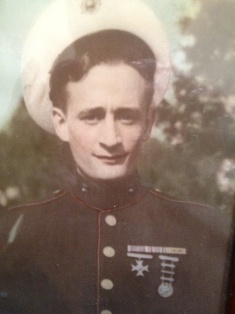 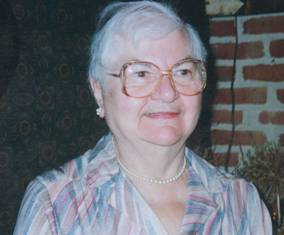 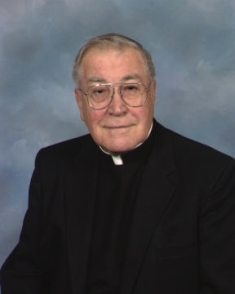 Isabel (Jenkins) Ruch, 95, of Cedarbrook, formerly of New Tripoli, passed away on Sept. 13, 2013. Born in Muscogee County, Georgia, she was the daughter of the late John Clyde and Julia (Lloyd) Jenkins. She retired as a secretary for Parkland High School. Isabel was a member of St. Peter’s Union Church Lynnville.
Survived by children: Barbara Peters of Emmaus, Fred Ruch of Florida; grandchildren- Shelly, Kim, Sherri, Destiny, Jeremy, Leah and Jacob; seven great grandchildren and a brother- Clyde Jenkins of Florida. She was predeceased by her husband- Frederick, children- Charles Ruch and Dorothy Schevling and 4 siblings.

A memorial service will be held October 10th at 3PM in St. Peter’s Union Church Lynnville.

In lieu of flowers, donations can be made to the church. Arrangements care of Downing Funeral Home, Inc.

Carol E. (Mamuzich) Reiman, 64, of Bethlehem, passed away Sunday, January 6, 2013. She is survived by her devoted companion of 32 years, Peter Vermuelen. Born in Bethlehem, she was the daughter of the late Eli and Wanda (Zabowa) Mamuzich. Carol was a member of the Cathedral Church of the Nativity in Bethlehem. She took pride in her many years of work as a caregiver and Nanny.

In lieu of flowers contributions can be made in Carol’s memory to the American Diabetes Assoc.

Madelynne S. (Stover) Rohal, 91, of Bethlehem, passed away Sunday, December 2, 2012. She was the wife of the late John F. Rohal. Born in Bethlehem, she was the daughter of the late Harry and Lottie (Bachman) Stover. Madelynne retired in 1949 from Bethlehem Steel’s Printing Dept. She was a member of the Cathedral Church of the Nativity in Bethlehem.

Services:
A viewing will be held Thursday 9:30- 10:45AM with a service at 11AM all in the Cathedral Church of the Nativity 321 Wyandotte St. Bethlehem, PA 18015. Burial to follow in Nisky Hill Cemetery.

In lieu of flowers, donations can be made to the church c/o Downing Funeral Home, Inc.

William J. Ronyack, 88, of Bethlehem, passed away September 30, 2012. He was the loving husband, of 65 years, to Marie I. (Muschlitz) Ronyack. Born in Bethlehem, he was the son of the late Rudolph and Alice (Sandoe) Ronyack. He served in the U.S. Marines during WWII in the South Pacific. William was awarded the Purple Heart. He retired from Bethlehem Steel. William was a member of Notre Dame of Bethlehem Catholic Church.

In lieu of flowers, donations can be made in William’s memory to Marine Toys for Tots Foundation Gift Processing Administrator 18251 Quantico Gateway Drive Triangle, VA 22172.

Rosemary F. (Pum) Reitmeir, 81, of Fountain Hill, passed away Wednesday, September 26, 2012. She was the wife of the late Robert T. Reitmeir. Rosemary worked as a proof reader for Bethlehem Steel and later as a Visiting Nurse for Blough Nursing Home and as a Private Duty Nurse. She was a member of the Golden Hillers.

In lieu of flowers, donations can be made in Rosemary’s memory to St. Lukes’s Visiting Nurses 801 Ostrum St. Bethlehem, PA 18015 or to a charity of one’s choice.

A native of Allentown, Father Reed was the son of the late Robert J. and Anne (O’Neill) Reed. He is survived by a brother, James Reed and wife Karin of Greencastle, Pennsylvania; sisters, Lois Daday and husband Bert of Colesville; Carol Doyle wife of the late Eugene of Moorestown, New Jersey; Mary Reed of McDonough, Georgia; nieces and nephews. He was predeceased in death by a brother, John.

Father Reed attended Allentown public grade schools and graduated from Allentown High School. He studied for the Priesthood at Saint Charles Borromeo Seminary, Overbrook, Pennsylvania, and was ordained to the Priesthood on 13 May 1961 by Bishop Joseph M. McShea, at the Cathedral of Saint Catharine of Siena, in the first Ordination Class of the Diocese of Allentown.

Previously, he was an avid pilot, member of the National Aircraft Pilots Association, Experimental Aircraft Association, and Chaplain for the Civil Air Patrol. He sponsored families and was very active and instrumental in involving the Vietnamese Community with Saints Simon and Jude Church.


A Mass of Christian Burial for Father Reed will be celebrated at Saints Simon and Jude Church, Seventh Avenue and West Broad Street, Bethlehem, Pennsylvania, on Friday, 14 September 2012, at 11:00 AM. His Excellency, the Most Reverend John O. Barres, Bishop of Allentown, will be the Main Celebrant.

Private Interment will be in Saint Joseph Cemetery, Limeport, Pennsylvania.

In lieu of flowers, donations can be made to Holy Family Villa 1325 Prospect Ave Bethlehem, PA 18018.

Gerard P. Reagan, 85 of Bethlehem passed away January 4, 2012 in St. Luke’s Hospital.
He was the husband of the late Mary Ellen (Evans) Reagan.
Gerard served in the Navy during WWII, and is a graduate of Wagner College. He was a member of Notre Dame of Bethlehem. He retired from Bethlehem Steel where he worked in the accounting Department. After retirement he enjoyed working at Wegman’s.
Survivors:
Daughter Jean L. Fries and husband Ted R. of Fleetwood.
Daughter-in-law, Dr. Laura Reagan
5 grandchildren, Kelly, Jamie and Maggie Fries, Gerard Fox and Gabriel Reagan.
He was predeceased by his wife, son Dr. Gerard A. and siblings, Vincent, Ray, Roy and Marie Mildred Shubert.
Services are Private, arrangements care of Downing Funeral Home, Inc. Bethlehem.