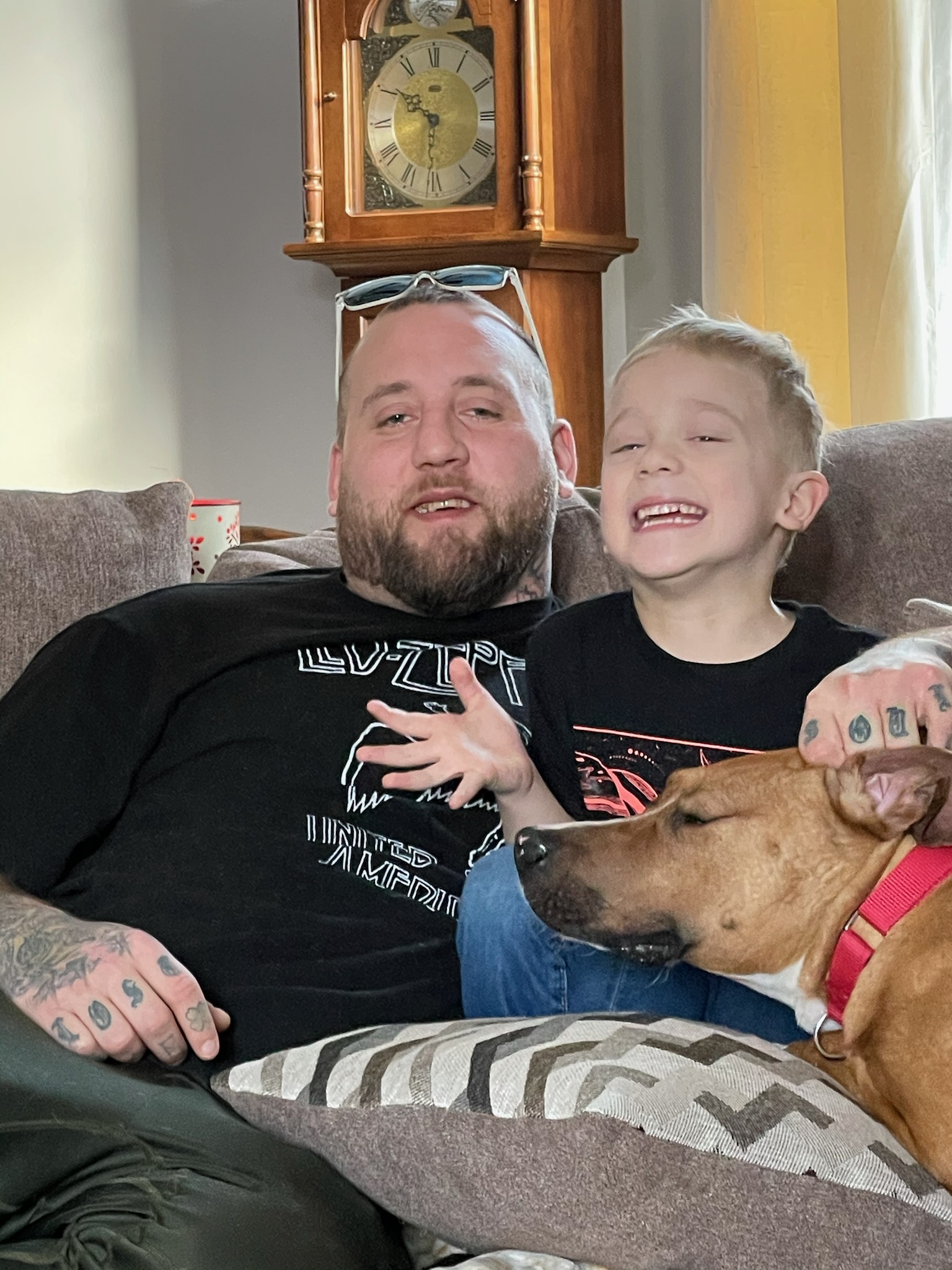 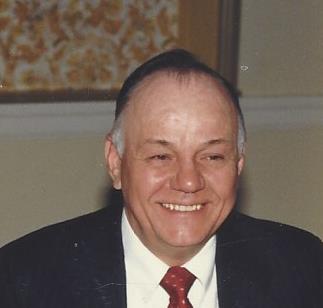 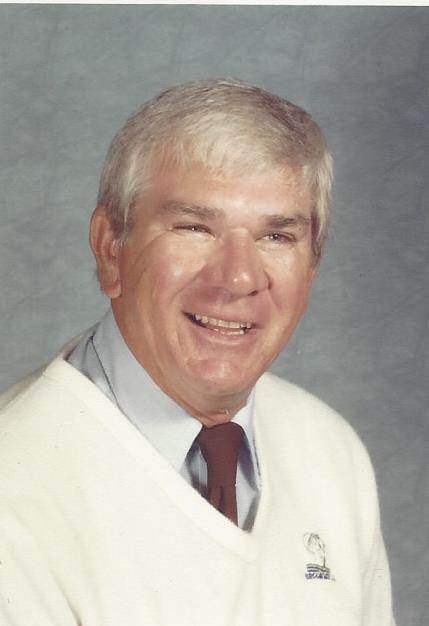 Kenneth W. Pickell, 31, of Bethlehem, passed away February 23, 2021. Born in Rumford, Maine he was the son of Kenneth A. and Leanne (McPeek) Pickell. He was a graduate of Phillipsburg High School. Kenneth enjoyed fishing and traveling and being surrounded by his family whom loved him very much.
He is survived by his parents, son- Kane David Pickell, sister- Nicole Pickell and grandparents, aunts, uncles and cousins.
Services will be Private.
In lieu of flowers, contributions can be made to Leanne Pickell to be put aside for Kane. Donations can be sent to the funeral home to be delivered to the family.

Charles M. Peters, 93, of Bethlehem, passed away February 13, 2021. He was the loving husband of 71 years to Elizabeth “Betty” (Zamadics) Peters. Born in Bethlehem, he was the son of the late George and Anna (Mingora) Peters. Charles served in the U.S. Navy after high school. He then graduated from Moravian College and attended Lehigh University. He was a high school teacher for 33 years for BASD. Charles was an assistant football coach at Moravian for 14 years under Rocco Calvo. He was an avid golfer and coached golf for 12 years at Liberty High School. He was a devoted member of Saints Simon and Jude Catholic Church, where he served as a Reader, Eucharistic Minister, sang in the Funeral Choir, participated in the church Senior Group and was part of the Cursillo Movement in the church. Charles will be deeply missed.

A Celebration of Life Mass will be held at a later date. Arrangements are entrusted to Downing Funeral Home, Inc.

In lieu of flowers, donations can be made in Charles’ memory to Saints Simon and Jude Catholic Church 730 W. Broad St Bethlehem, PA 18018.

Francis “Pat” Petruny, 86, of Bethlehem, passed away on August 20, 2020 in his home, surrounded by his family. He was the loving husband to Nancy (Gubich) Petruny. Born in Hellertown he was the son of the late Michael and Agnes Petruny. Pat has a distinguished 38 year career as an educator in the Pennsylvania State School system, with 28 of those years in the Hellertown/ Saucon Valley School District. He graduated from Hellertown High School in 1951, and during that time he was a three year letter winner in both boys basketball and baseball. During his senior year, he was a co-captain of the basketball team that won both the Lehigh-Northampton League title, the District 11 Class “B” crown, and participated in the state playoffs. Pat was named to the Lehigh-Northampton all-star team, and received all state recognition.
Pat continued his baseball and basketball careers at Moravian College, and graduated with degrees in both History and English in 1955. Upon graduation, he entered the U.S. Navy and was appointed First Petty Officer. Upon discharge, Pat began his teaching career in 1957, which ultimately led him back to the Hellertown School District in 1968 as a junior high school teacher, and assistant varsity boys basketball coach. He earned his Master’s degree in Education from Temple University and Secondary Education Principal Certificate from Lehigh University.
Pat was appointed Faculty Manager of Sports in 1968, and became the first ever-titled Athletic Director in the school district in 1973. He had been the only educational professional at Saucon Valley to hold both the Athletic Director and Assistant Principal Positions simultaneously at the high school level, form 1975-1989. He remained Assistant Principal until his retirement in 1996. During this time, he also started the golf program as the head coach, and more than doubled the amount of girls’ sports offerings in the district at the high school level. Pat was awarded Athletic Director Emeritus status by the Saucon Valley School Board in 1989, and received the District 11 Athletic Director of the year during his tenure. He was also the Colonial League referee and official assignor for both football and boys basketball for many years.
While athletic director from 1973 to 1989, many team and individual student athletes achieved titles and recognition. These accomplishments included 37 team League Championships; 23 District 11 Team Championships; 7 Regional and 9 PIAA State Individual titles. Pat was a long-time member of Brookside Country Club where he enjoyed weekend golfing and social events.
In addition to his wife Nancy of 64 years, he is survived by his son Michael and wife Rene and two granddaughters Kendra and Morgan. He was predeceased by his son Christopher.
A viewing will be held on Monday, August 24th 9:30-10:30AM with Mass of Christian Burial to follow in Notre Dame of Bethlehem Catholic Church 1861 Catasauqua Rd Bethlehem, PA 18018. Burial to follow in Holy Saviour Cemetery. Arrangements are entrusted to Downing Funeral Home, Inc.
In lieu of flowers contributions can be made to Four Diamonds Fund 1249 Cocoa Ave Suite 115 PO Box 852 Hershey, PA 17033 in memory of Pat’s son Christopher.
PO Box 852 Hershey, PA 17033 in memory of Pat’s son Christopher.

Joseph Gerard Prah, of Bethlehem, PA, died on June 26, 2020 from complications stemming from COVID-19 at Lehigh Valley Hospital- Muhlenberg.
Joe was born in Uniontown, PA, the son of Theresa Kristof Prah and the late Dr. Joseph Prah. He was a graduate of Bethlehem Catholic High School and then Northampton County Area Community College, where he earned degrees in photography and the culinary arts. He was a member of Notre Dame of Bethlehem Catholic Church his entire life.
In the 1990’s, fresh out of college, he did website design and data processing for NetCasters, Inc. based in Massachusetts. Joe then settled down to a culinary career, working in the food industry for over 15 years throughout the Lehigh Valley.
Joe had a variety of hobbies, most of which centered on his family. He enjoyed frequent success during family poker nights, fishing with brothers and cousins and collecting various keepsakes that he would pick up in his travels. He showed great patience and perseverance while tackling the most complex of jigsaw puzzles and that perseverance proved helpful while sleuthing family genealogy, helping to fill the family tree. His greatest joy, however, came from photography. Joe took his equipment everywhere, documenting his family during vacations, holidays and everyday life. This will no doubt be one of his lasting legacies.
He is survived by his mother, Theresa Prah of Bethlehem; his sister, Mary P. Counts of Bethlehem and three brothers, Christopher Prah of Topsfield, MA, Gregory N. Prah of West Chesterfield, NH and Theodore M. Prah of Newburyport, MA as well as numerous aunts, uncles, cousins, nieces and nephews.
Due to the COVID-19 pandemic, the family will be having a private service for Joe at Holy Saviour Cemetery in Bethlehem.

Elizabeth Ann (Hearn) Pass, 74, of Bethlehem died March 17, 2020 at Lehigh Valley Health Network Muhlenberg. She was born in Hazelton to her late parents Edward and Elizabeth Hearn. She was preceded in death by an infant son Christopher.
She is survived by her husband Curtis and son Christian Pass (Jennifer), brothers Edward Hearn (Susan), Mark Hearn (Suzette), Thomas Hearn and sisters Dolores Dalrymple, Mary Moyer and many loved nieces and nephews.
She was known as Sissy to family and her many friends. Liz enjoyed bowling at Jordan Lanes. She loved game nights with family and friends and traveling in their motor home.
Due to the current national health crisis a small Private service and viewing will be held for immediate family. When restrictions are lifted the family plans to have a memorial gathering for extended family and friends.
In lieu of flowers, contributions can be made to Lab Rescue LRCP P.O. Box 1814, Annandale, VA 22003.

Jeanne M. Pfaff (Ziegler), 64, of Albrightsville, passed away October 19, 2017. She was the loving wife of the late Dale A. Ziegler. Born in Willow Grove, she was the daughter of the late Harold and Marie (Wolstenholme) Pfaff. Jeanne had worked for over 30 years for Prudential Insurance, which then became Hartford Insurance as the contract for AARP changed. Jeanne treasured and maintained strong connections with former co-workers after retiring in 2012. She was very active in the Towamensing Trails Clubhouse, holding various positions in the club and made lasting friendships and an extended family in this community where she resided for over 30 years. Jeanne loved fast cars – preferably a six speed, a good scotch, a medium rare steak and loved to laugh. She also had a special love for her Yorkshire Terrier dogs. We remember and celebrate her for her kindness, dry humor and generosity.

A calling time will be held on Friday, Oct. 27th 10-11AM with a Celebration of Life Service to follow at 11AM all in Downing Funeral Home, Inc. 1002 W. Broad St. Bethlehem, PA 18018. Burial to follow in Blue Church Cemetery, Coopersburg and a luncheon at Hotel Bethlehem.

Rita I. Peters, 91, of Bethlehem, passed away July 31, 2017. Born in Nanticoke, she was the daughter of the late Frank and Irene (Grabowski) Moore. She was the wife of the late Walter Peters. Rita retired from Lucent/ AT&T after many years of service and then owned her own beauty salon. Rita enjoyed writing and playing pinochle.