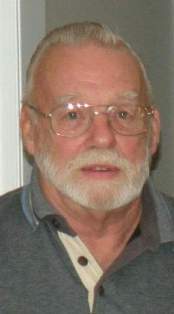 Patricia A. (Krolik) Nebinger, 87, of Bethlehem, passed away November 3, 2019. She was the wife of the late Robert Nebinger and daughter of the late Joseph Krolik and Marian O’Connell. She is survived by her daughter –Lorelei Broskey and 2 Grandchildren. Services will be announced at a later date.

Bernadine M. (Salabsky) Nastasee, 93, of Bethlehem, passed away September 4, 2019. She was the wife of the late Frank P. Nastasee Jr. Born in Bethlehem, she was the daughter of the late Bernard and Elizabeth (Farris) Salabsky. She was a telephone sales manager for Sears. Bernadine was a member of Saints Simon and Jude Catholic Church and their Seniors group. She was also a member of the Democratic Committee of the 11th ward of Bethlehem for many years. She was a great cook, seamstress and fisherman. Bernadine enjoyed caring for others and was a devoted mother, grandmother and great grandmother.

A Mass of Christian Burial to be celebrated on Saturday, September 14th at 10AM in Saints Simon and Jude Catholic Church 730 W. Broad St. Bethlehem, PA 18018. Interment will follow in Holy Saviour Cemetery. Arrangements entrusted to Downing Funeral Home, Inc.

Contributions can be made in Bernadine’s memory to Saints Simon and Jude Catholic Church.

David W. Nonnemacher, Sr., 77, of Lower Nazareth, passed away January 10, 2018. He was the loving husband of almost 58 years to Catherine R. (Szoke) Nonnemacher. Born in Fountain Hill, he was the son of the late Albert J. and Laura M. (Rutt) Nonnemacher. David served in the U.S. National Guard Reserves and the U.S. Army Reserves. He retired from Bethlehem Steel’s beam yard, after 32 years of service. David was a handyman and his passion was woodworking, making George Nakashima type furniture. He was an avid camper and enjoyed traveling with his wife, especially to Disney.

Services will be Private as per David’s request. Arrangements care of Downing Funeral Home, Inc.

In lieu of flowers, because David loved animals, contributions can be made to the Sanctuary at Haafsville PO Box 921 Fogelsville, PA 18051.

Stanislaus J. Nehilla, 77, of Bethlehem, passed away January 7, 2018. He was the loving husband of 51 years to Lorraine A. (Zamadics) Nehilla. Born in Bethlehem, he was the son of the late Stephen and Anna (Wysakowski) Nehilla. He served in the U.S. Navy during the Vietnam War. Stanislaus worked previously for the Catholic Diocese of Allentown at Holy Saviour Cemetery. He was a member of Saints Simon and Jude Catholic Church, where he served as an alter server.

A calling time will be held on Friday, January 12th 10-11AM with Mass of Christian Burial to follow at 11AM all in Saints Simon and Jude Catholic Church 730 W. Broad St. Bethlehem, PA 18018. Burial to follow in Holy Saviour Cemetery.

Contributions can be made in his memory to the church care of Downing Funeral Home, Inc.

Patricia C. (Hughes) Navin, 79, formerly of Bethlehem, passed away December 25, 2015 in Gracedale Nursing Home. She was the loving wife of the late Robert J. Navin. Born in Wilkes Barre, she was the daughter of the late Frank and Veronica (Smith) Hughes. Patricia worked as a nurse for Monroe County General Hospital and retired from St. Luke’s Hospital after 34 years of service. She was a member of Saints Simon and Jude Catholic Church and the Knights of Columbus Ladies Auxiliary.

Survivors:
Son- Robert and wife Maryann of Bethlehem; Grandchildren- Brendan and Bailey; nieces and nephews and grandnieces and grandnephews. She was predeceased by her siblings Russell Hughes, Bernadette Dehaut, Thomas Hughes and Rosemary Birk.

A viewing will be held Wednesday 9:30- 11:30AM with Mass of Christian Burial to be celebrated at 11:30AM all in Saints Simon and Jude Catholic Church 730 W. Broad St. Bethlehem, PA 18018. Burial to follow in Holy Saviour Cemetery. Arrangements care of Downing Funeral Home, Inc.

In lieu of flowers, donations can be made to the church or St. Luke’s Hospital- Bethlehem (Critical Care Unit).

Frank P. Nastasee, 90, of Bethlehem, died peacefully surrounded by his wife, children, and grandchildren. Born October 10, 1924 in Hazelton, he was the son of the late Frank and Rose (Rentz) Nastasee. Frank was married to his beloved wife, Bernadine, for 68 years.

Frank’s greatest joy was hosting large family gatherings and being surrounded by his children, grandchildren, great grandchildren, good food, and a lot of laughter. He enjoyed the simple things in life particularly making new friends and finding out their life histories. He loved surfing the net on his computer. Frank was a combat veteran during World War II, 17th Airborne Division, and fought in the Battle of the Bulge. He worked for Bethlehem Steel in the General Services Dept. for 43 years before his retirement.

Mass of Christian Burial will be celebrated Saturday, August 15th at 10:30AM in Saints Simon and Jude Catholic Church 730 W. Broad St. Bethlehem. Burial will follow Privately for the Family in Holy Saviour Cemetery.

Donations can be made in Frank’s memory to the Wounded Warriors Project care of Downing Funeral Home, Inc.

Joseph S. Nunzio, 83, of Emmaus, passed away March 23, 2015. Born in Fountain Hill, he was the son of the late Thomas and Rosa (Rizzo) Nunzio. Joseph served in the U.S. Army during the Korean War. He worked as a Purchasing Agent for Lehigh University’s Chemistry Dept. for over 35 years. Joseph loved to cook gourmet food, go antiquing, sailing, hunting, do archery, to garden and was an avid fisherman.

In lieu of flowers, contributions can be made to St. Lukes Hospital Medical Critical Care Unit care of the funeral home.