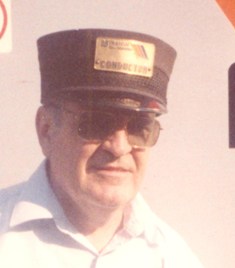 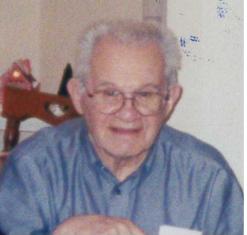 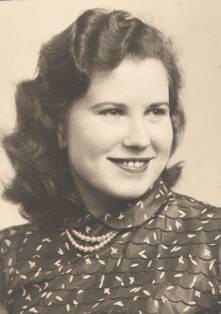 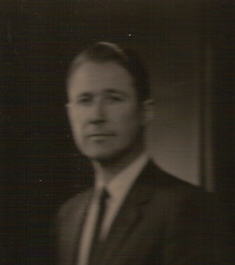 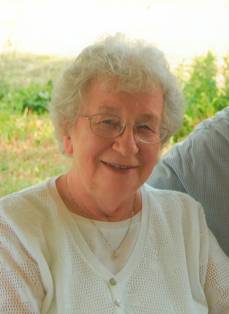 Patrick “Jerry” G. Mangan, 82, of Bethlehem, passed away Thursday, May 23, 2013. He was the loving husband to the late Elizabeth (George) Mangan. Born in Ashley, PA, he was the son of the late Patrick M. Mangan and Agnes (McGovern) Mangan. He served in the army during the Korean War as a member of the 323rd Engineers Light Equipment Co. Patrick retired from NJ Transit as a conductor in1992. Previously employed with Conrail and NJ Central for a combined service of 38 years.
He was a member of Notre Dame of Bethlehem Catholic Church. He was also a member of the VFW and American Legion.

In lieu of flowers, donations can be made to Disabled American Veterans (dav.org)

Joseph P. Matus, 88, of Bethlehem, passed away February 14, 2013. He was the husband of the late Gloria M. (Shuck) Matus. Born in Bethlehem, he was the son of the late Paul and Anna (Gall) Matus. Joseph served in the U.S. Army in the 153rd Engineer Battalion during WWII. He was retired from Bethlehem Steel. Joseph was a member of the former St. Joseph Roman Catholic Church, the Jednota and the National Sokols.

Survivors:
Son- Ron and wife Mary of Doylestown
8 Grandchildren
12 Great Grandchildren
Sister- Annie Hartnett of Maryland
He was predeceased by his son- Jim.

Charles W. Mueller, 74, of Bethlehem, passed away Saturday, December 8, 2012. He was the loving husband of 51 years to Constance M. (Hall) Mueller. Born in Fountain Hill, he was the son of the late Charles and Elizabeth (Dean) Mueller. Charles was retired from Bethlehem Steel.

Olga (Mausser) Mille, 72, of Bethlehem, passed away Sunday, November 25, 2012. She was the loving wife of 39 years to Franz J. Mille. Born in Gottschee, Yugoslavia she was the daughter of the late Franz and Josefa (Hutter) Mausser. She was a member of Notre Dame of Bethlehem Catholic Church.

Joyce M. Michelin of Bethlehem went home to the Lord on October 19, 2012. Joyce was the loving wife of Louis P. Michelin and the couple celebrated their 57th wedding anniversary last December. Born on April, 6, 1933, daughter of the late Joseph and Julia Salasky, Joyce graduated from Liberty High School in 1951 and was a lifelong member of the University Parish of Holy Ghost. She was a Girl Scout Leader for many years, an active member of Silver Creek Country Club, secretary of the Bethlehem Steel Club Ladies Bowling League for 12 years, President of the Ladies Golf League for two years and enjoyed playing bridge. She also worked as a volunteer at St. Lukes Hospital for eight years. Survivors: She is survived by her husband, Louis Michelin; daughters, Diane Drahos and Jennifer Tortorella; six grandchildren; and one great-grandson. She was predeceased by her son, Jeffrey M. Michelin.

Services: Visitation will be at Downing Funeral Home, 1002 W. Broad St., Bethlehem, on Monday, October 22, 2012 from 6 to 8 p.m. A Mass of Christian Burial will be held at The University Parish of Holy Ghost, 417 Carlton Ave., Bethlehem, on Tuesday, October 23 at 10 a.m. Interment at Holy Savior Cemetery in Bethlehem on Thursday, October 25 at 11 a.m.

Contributions: In lieu of flowers, contributions may be made to the American Diabetes Association or the Alzheimers division of the Mayo Clinic.

Craig Moore (1918-2012) of Bethlehem, PA was born in New York City. He served as an instructor and flight engineer in the Army Air Corps during WWII, worked as a Sales and Marketing Executive for the Dixie Cup Company, and, with his wife Madelyn, raised three children.

Craig worked with the Dixie Cup and American Can companies for over 25 years in both Easton and Europe. While serving as a vice president in Germany, he and Madelyn developed a sweet taste for language, culture, and travel.

In the second half of his life he altered his trajectory, deciding to retire from corporate life. He and Madelyn built a home in Costa Rica, studied Spanish, and became a fond part of the community. They also bought a 30 acre property in Moore Township at the foot of the Blue Mountain. Integrating the natural ecology with groomed landscaping, Craig always had his hands in the earth. He diverted streams, cultivated flora, and maneuvered heavy rocks, transforming the land into their own pristine vision, which they would call Blau Bergen Farm.

In the wake of the Vietnam War, and later, Craig dedicated himself to and strongly believed in peace, justice, and the inherent worth of every person. He was fiercely passionate and often vocal about overpopulation, minority rights, death with dignity, as well as myriad other causes. Consistently a humanist, whether it be through intelligent inquiry, inclusion, or debate, he gathered the love and respect of others- and always with a smile.

For over 60 years Craig was loyal to his family, a long list of friends, and the Unitarian Universalist Church. Preceded in death by his wife Madelyn, he is survived by his brother Hugh, son Scott and his wife Kristina, son Dwight and his partner Marie, daughter Sara and her husband Jim, grandson Matthew and his wife Michelle, granddaughter Sasha and her partner Robin, granddaughter Sarah, and numerous nieces and nephews. Please send gifts to the Unitarian Universalist Church of Bethlehem. Arrangements c/o Downing Funeral Home, Inc.

Sylvia “Mickie” Menalis of Bethlehem, 78, died at home surrounded with the love of her family, reached out and took the heavenly hand that gently guided her home on September 20th. Born April 18, 1934 in the quaint “patch of Glendon, PA on the outskirts of the old coal town of Mahanoy City, PA.

She was the daughter of Henny and Helen (Schultz) Delpaz Seader. Mickie graduated for Mahanoy Township HS in 1952 then began work at Woolworth’s Five and Dime where she caught the eye of her future husband Bill.
They were married on November 26, 1959 which was a Thanksgiving Day and thereafter celebrated their anniversary on every Thanksgiving. They would have been married 53 years. She became a full time stay at home mom and wife to her greatest treasures, Susan, Billy, Carol Ann and Michele and of course her husband Bill.
Always willing to volunteer whether it was making hoagies, cleaning the church or serving the Holy Name breakfast, you knew she was a person you could depend on. She also dedicated 10 years of service to Beca’s band parent organization.
Fondly called “Mickie & Bill’s bed and breakfast, their door was always open to anyone stopping by for a cup of coffee and a “little something sweet” or perhaps to sleep over after the golden oldies’ dances which they enjoyed. Mickie loved having the family visit especially for the holiday where a huge feast was prepared and where there was always room for one more.


Celebration of Mickie’s life will take place with a Calling Time Monday 6-8PM in Downing Funeral Home, Inc. 1002 W. Broad St. Bethlehem 18018 and Tuesday 9:45-10:30AM in Notre Dame of Bethlehem Catholic Church 1861 Catasauqua Rd Bethlehem 18018 with Mass of Christian Burial to be celebrated at 10:30AM. Burial will be private at the convenience of the family. Special thanks to all our family and friends at this difficult time. In lieu of flowers a donation may be made to St' Luke’s Hospice or Cancer Center care of the funeral home.

Bruno K. Moritz, 83, of Bethlehem, passed away May 28, 2012. He was the husband of the late Mary (Cech) until her passing and the late Margaret J. Moritz. Born in Manhattan, NY he was the son of the late Kurt E. and Marie (Homuth) Moritz. He graduated Bethlehem VoTech and served in the U.S. Army during the Korean War. He was a carpenter and Foreman for Bethlehem Steel, retiring in 1986. He was a member of Ss. Simon and Jude Catholic Church, the Westside Republican Club, the MORA Club, the NE Wanderers and was a past coach of Lehigh Little League.

In lieu of flowers, donations can be made in Bruno’s name to the church care of the funeral home.