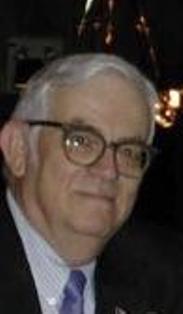 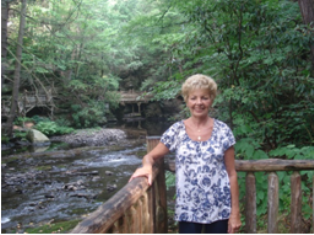 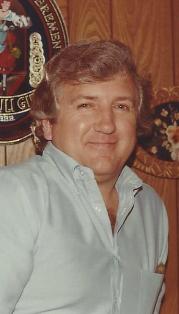 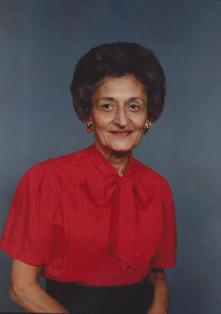 
On March 20, 2015, at the age of 79, Bill joined his beloved wife, Mickie, in their eternal life together, with his family holding his hand every step of the way.

Bill took great pride in being a "Coal Cracker" from Mahanoy City, PA, where he worked "down in the mines" at the age of 13 yrs, and in his Lithuanian heritage where he would whip out a few words or a little song. As for his Country and Veterans, it was his privilege to serve as Staff Sergeant in the U.S. Air Force from 1954-1958.

His greatest Loves were: His God, His Family and simple things in his life. Bill enjoyed skiing on new fallen snow, working in his garden, celebrating Lithuanian Day picnics or bellowing out Golden Oldies tunes. He also enjoyed the challenge of an intense game of chess, having a story for every Christmas ball that was hung, conversations that took you on a mini vacation to places he had been and a good cup of coffee around the kitchen table with friends, who were always welcome.

His greatest fulfillment: his children and their accomplishments, Susan, Bill, Carol Ann, Michele.

Bill was a proud Alumni of Penn State, Class of 1964 and a retired electrical engineer from Bethlehem Steel.

Always one to volunteer, he was a Bethlehem Catholic band parent, President of Notre Dame Holy Name Society where he initiated "The Golden Oldies Dance", helped organize the church breakfast and summer festival bingo along with many other functions.

Preceded in death by his wife Mickie, his parents, and his sister Mary C Seaman.

In lieu of flowers, contributions can be made to the Building Fund at Notre Dame or the American Cancer Society or to St. Luke’s Hospice care of the funeral home.

Cheryl McFarlane, 63, of Saylorsburg, formerly New Jersey, passed away on Friday, October 24, 2014. She was the wife of Doug Compton for 25 years and mother to Kacie Nadeau of Sarasota, FL. She was the youngest daughter to Michael, a WWII veteran and Gerda Drohn, and is survived by her sisters Lorrie Sibole of Moultonborough, NH and Jacqueline Hickey of North Plainfield, NJ. She was a most beloved partner and parent, whose passion for angels and pink flowers warmed every heart she touched. Now as one of God’s finest angels, she will be missed beyond what words can express. Above all she will never be forgotten.

Donations: In Cheryl’s memory to the American Cancer Society.

Howard Moskalczyk, 71, formerly of Fountain Hill, passed away Oct. 19, 2014. Born in Erie, he was the son of the late Vincent and Marian (Jaskicwicz) Moskalczyk.
Services: Mass of Christian Burial will be celebrated on Thursday at 10AM in St. Ursula Catholic Church 1300 Broadway Fountain Hill, PA 18015. Burial to follow in Holy Saviour Cemetery. Arrangements care of Downing Funeral Home, Inc. Bethlehem, PA.

Michael J. Michaylira, 70, of Bethlehem, passed away September 17, 2014 in his home. He was the loving husband of 52 years to Cynthia (Wieder) Michaylira. Born in Bronx, NY his was the son of the late Michael and Marie (Pelzman) Michaylira. Michael worked for DCI and previously for Champion Spark Plug Hellertown Manufacturing.

In lieu of flowers, donations can be made in Michael’s memory to Animals in Distress 5075 Limeport Pike, Coopersburg, PA 18036 or to the Center for Animal Health and Welfare 1165 Island Park Rd, Easton, PA 18042.

Eleanor A. (Hollenbach) Meissner, 89, of Bethlehem, passed away February 8, 2014 in the Lutheran Home in Topton. She was the wife of the late James W. “Big Jim” Meissner. Born in Newhards, she was a daughter of the late Harvey and Stella (Peters) Hollenbach. Eleanor retired as a 24hr Confidential Secretary for Bethlehem Area School District. She was a member of Rosemont Lutheran Church and the Rosemont Lutheran Women. She was also a member of the Synod Council of Northeastern, PA.

In lieu of flowers, donations can be made in Eleanor’s name to the church.

Jeannette MacDonald of Bethlehem died on October 8, 2013, after a 3 year adventure with cancer. She is survived by her friend and partner of 38 years, Janet Schnabel; sister Joyce and husband Al Baran; sister Jamie and husband Dan Elliot; sister Jacquie MacDonald; brother James MacDonald; niece Margaux and husband Michele Caniato; niece Catherine Elliott; and nephew Daniel Elliott. She worked her lifetime in the non-profit sector, most recently at the United Way of the Greater Lehigh Valley. She was active in the community, most notably as a volunteer with the Rose Garden Children’s Festival in Bethlehem. Burial will be private. A celebration of her life will be held on October 20 from 3 to 6PM at the Mint, 1223 W. Broad Street, Bethlehem. She requested expressions of kindness to others and/or blood donation in your local communities in lieu of flowers, fruit, or casseroles.

Janice H. (Haselden) Mitchell, 64, of Bethlehem, passed away Sunday, August 4, 2013. She was the loving wife of almost 36 years to Walter W. Mitchell. Born in Fairfield, Iowa she was the daughter of the late Clyde and Minerva (Buchanan) Haselden. Janice graduated from Easton High School and received her Bachelors in Psychology from Baldwin Wallace University. She retired after 16 years from Allentown’s State Unemployment Office. She was a member of St. Andrews Episcopal Church where she was a past vestry member and helped with the newsletter. She will be sadly missed by her entire family and many friends.

In lieu of flowers, donations can be made in Janice’s memory to the church.