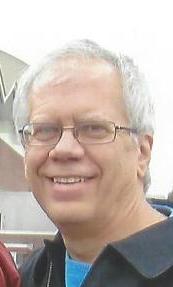 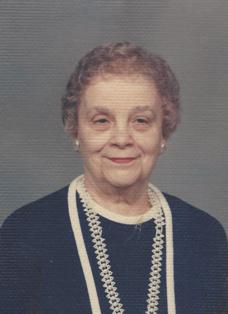 Ronald J. Mankos, 60, of Allentown, passed away peacefully on February 17, 2017, in his home surrounded by his family. He was the loving husband of 36 years to Deborah A. (Pavlinsky) Mankos. Born in Northampton, he was the son of the late Frank Mankos, Jr. and Stella M. (Csencsits) Mankos. Ronald worked as a Maintenance Supply Attendant for Just Born Quality Food Confections and valued his many friendships made throughout the years he worked there. Previously, he worked at Durkee-French Foods in Bethlehem. He was a member of St. Paul's Catholic Church where he was active in the CYO programs. He coached the boys' basketball team for several years and helped out in the Mountainville Memorial Little League. Ron was a member of the NRA, and enjoyed hunting, fishing and bowling. Most of all, he cherished his family. Since Ron was able to enjoy a seven-year remission of his cancer, he was able to celebrate the academic and athletic accomplishments of all his children, the marriage of his oldest son, and the birth of his granddaughters. He felt truly blessed.

Services: A viewing will be held on Tuesday 6-7:30PM in Downing Funeral Home, Inc. 1002 W. Broad St. Bethlehem, PA 18018. A church viewing will be held Wednesday 9-10 AM with a Mass of Christian Burial at 10AM all in St. Paul's Catholic Church 920 S. 2nd St. Allentown. Burial to follow in Holy Saviour Cemetery.

Contributions: In lieu of flowers, contributions can be made in Ron's memory to St. Jude Children's Research Hospital , Lehigh Valley Health Network - Development/Oncology Research or to the Church c/o funeral home.

Elsie L. (Kuhar) Magriso, 84, of Bethlehem, passed away February 1, 2017. She was the loving wife of the late David Magriso. Born in Catasauqua, she was the daughter of the late Alexander and Julia (Fisher) Kuhar. Elsie retired from Sears Credit Dept. She was an active member of the Blind Association of Allentown and volunteered at Lehigh Valley Hospital Muhlenberg.

In lieu of flowers, contributions can be made in Elsie’s memory to the Center for Vision Loss 845 West Wyoming Street Allentown, PA 18103.

Betty Mae (Schmoyer) Muth, 92, of Bethlehem, passed away January 25, 2017. She was the loving wife of 62 years to Charles W. Muth. Born in Allentown, she was the daughter of the late Frederick and Irene (Traub) Schmoyer. Betty worked in her early years at the family business Schmoyer’s Dry Cleaners. She was a member of St. Johns UCC in Fullerton, where she was a choir member.

Contributions can be made in Betty’s memory to St Johns UCC in Fullerton.

Elizabeth “Betty” J. (Summers) Moyer, 97, of Lower Saucon Twp, passed away November 10, 2016 in Moravian Village. She was the loving wife of the late James K. Moyer. Born in Fountain Hill, she was the daughter of the late Frank and Elizabeth (Mulloy) Summers. She was a member of the Assumption of the BVM Catholic Church.

Mass of Christian Burial will be celebrated Tuesday at 10:30AM with a calling time 9:30-10:30AM in Assumption of the BVM Catholic Church 4101 Old Bethlehem Pike Bethlehem, PA 18015.

Contributions can be made in Elizabeth’s memory to the church care of Downing Funeral Home, Inc.

It is with bittersweet emotions that I announce the passing of my mother, Augusta Johanna (Baer) McIntyre, 95, of Nazareth on October 22, 2016 at Whitehall Manor. Augusta was born in Scranton, Pennsylvania on June 28, 1921 to Frederick H. and Johanna (Erb) Baer.

She graduated from Central High School in 1940, where she was a member of the honor society and secretary of the German club.

Augusta was employed in the receiving department of the Globe Store in downtown Scranton after graduating high school.

She married Francis J. McIntyre on January 15, 1943 while he was still serving in the 9th armored division during WW2. They were married 50 years before his passing on March 21, 1993.

My mother was a homemaker all her life where she loved to knit, drink Miller Lite beer, but most of all clean. Augusta, or as her friends called her “Gussie”, was a member of Holy Cross Evangelical Lutheran Church of Bethlehem.

She will be deeply missed by her daughter- Joanne and her son-in-law- Louis Marano, Jr. and granddaughters- Johanna Augusta and Lydia Francis Marano, all with whom she resided; daughter- Joan Cole of Lima, Ohio and grandson- Christopher Cole and great grandson- Camron Raymond of Elida, Ohio.
She was preceded in death by her sister- Gertrude and her brother- Fredrick, both of Scranton, and her son-in-law- Raymond S. Cole of Lima, Ohio.

In lieu of flowers, contributions can be made in Augusta’s memory to the American Heart Association.

Edgar Kirton (Kirt) Muhlhausen, 97, of Bethlehem, passed away September 26, 2016, at Moravian Village. Born in Brooklyn, NY, he was a graduate of Brooklyn Technical High School. He completed his bachelor’s and master’s degrees in Civil Engineering at Lehigh University. During WWII he fulfilled his military service by teaching at Robert College in Istanbul, Turkey, where he met and married his first wife, Rezan Erdilek, who has predeceased him. They returned to Bethlehem where he taught at Lehigh for approximately 10 years before going back to Robert College. (They divorced in 1961.) After his return to Bethlehem, he taught at Lafayette College before working for the City of Bethlehem as a Project Engineer until his retirement. He married MaryLou Conrad in 1964 and the couple adopted and raised his daughters and her son and daughter. They were active members of the Lehigh Valley Friends’ Meeting, Historic Bethlehem, Burnside Plantation, Kemmerer Museum and Quiet Valley Farm. He was predeceased in March 2016 by his wife, MaryLou, and by his daughter Adrienne M. Shiner-Hursh in 2003.
Survivors: Children – Caroline M. Kelley of Bethlehem, Margaret J. Cistone of Hanover, PA, Eric C. Muhlhausen of Hanover, PA, and Katherine M. McIntyre of Salt Lake City, UT; 8 Grandchildren; 8 Great-grandchildren.
Services: Services will be private. Arrangements entrusted to Downing Funeral Home, Inc.

Mary Lou (Conrad) Muhlhausen, 88, of Bethlehem, passed away March 27, 2016 at Moravian Village. She was the loving wife of 51 years to Edgar "Kirt". Muhlhausen. Born in Allentown, she was the daughter of the late Clarence and Mary (Yost) Conrad. She attended Lehigh Valley Friends Meetings- Quakers. She and her husband were active members of Historic Bethlehem, Burnside, Kemmerer Museum and Quiet Valley Farm.

Thomas J. Maloney, 76, of Bethlehem, passed away Dec. 18, 2015. He was the loving husband of 40 years to Lois P. (Powers) Maloney. Thomas and his wife Lois also resided part time in Osprey, Fl at The Oaks Country Club Community. Born in Fountain Hill, he was the son of the late James and Elmyra (McDonald) Maloney. He is a 1957 graduate of Bethlehem Catholic High School and received his Bachelors Degree from St. Joseph's University. His postgraduate work was at Temple University Law School and resulted in his receiving an LL.B. and J.D. He was an Assistant Professor at Moravian College, Bethlehem, Pennsylvania, teaching Constitutional Law. He became a member of the law firm of Butterfield, Joachim, Brodt & Maloney, between the years 1964-1969. Mr. Maloney was appointed by the President Judge of the Northampton County Court to be the Chief Public Defender for Northampton County from 1968-1969. He was made an Assistant Attorney General for the Commonwealth of Pennsylvania from 1968-1971. He also served as Solicitor for the Bethlehem Housing Authority from 1971-1974. Mr. Maloney was a founding partner of the law firm of Maloney, Danyi, Goodman, Hensel & Center from 1969-1978. In 1979, Mr. Maloney and Frank J. Danyi, Jr., founded the law firm Maloney & Danyi, currently named, Maloney, Danyi, O'Donnell & Tranter. Mr. Maloney served our community and the Commonwealth of Pennsylvania in various political positions over the years, namely being an elected delegate for Lehigh and Northampton Counties for the Republican National Convention in 1972. He was elected and served as a member of the Pennsylvania House of Representatives from 1973-1974. Mr. Maloney has been, and currently is, affiliated with numerous professional and community organizations including: Northampton County Bar Association (past president, board of governors from 1981-1988), Former editor of the Northampton County Law Journal from 1968-1994, and the National Alumni association of Boys Club of America (incorporator and General Counsel). Mr. Maloney also served on the board of directors for several local organizations and businesses. He was general counsel for Reeb Mill work corporation from 1984 to present, Founder and Director of Lafayette Ambassador bank, President of the Bethlehem Boys Club, Bethlehem Jaycees(outstanding man of the year in 1967), and Legal counsel for The Minsi trail council - Boy Scouts of America for 30 years. Mr. Maloney was a life long avid golfer. He also enjoyed fishing, boating, hunting and the outdoors. He was a devoted husband, father and grandfather as well as a loyal friend to many.

Contributions: In lieu of flowers, donations can be made in Thomas's memory to the Boys and Girls Club care of Downing Funeral Home, Inc.
1 2 3 4 5 6