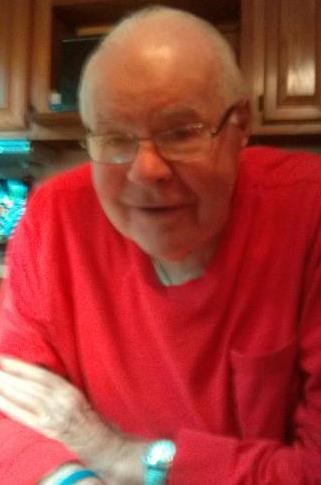 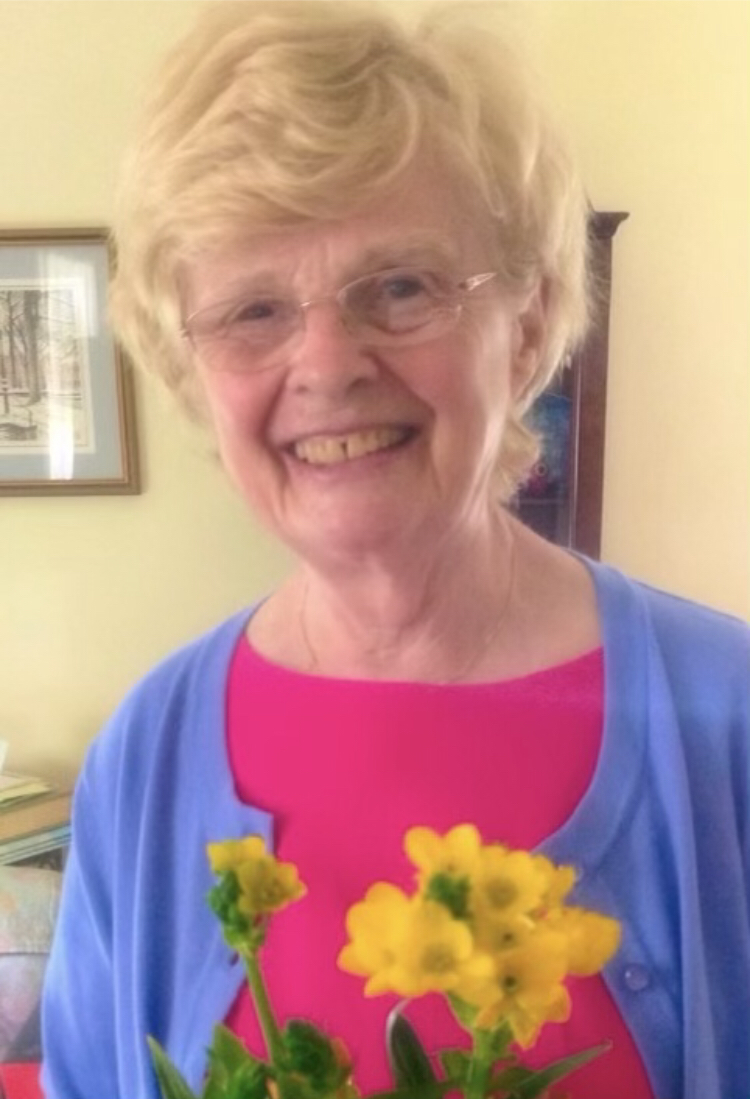 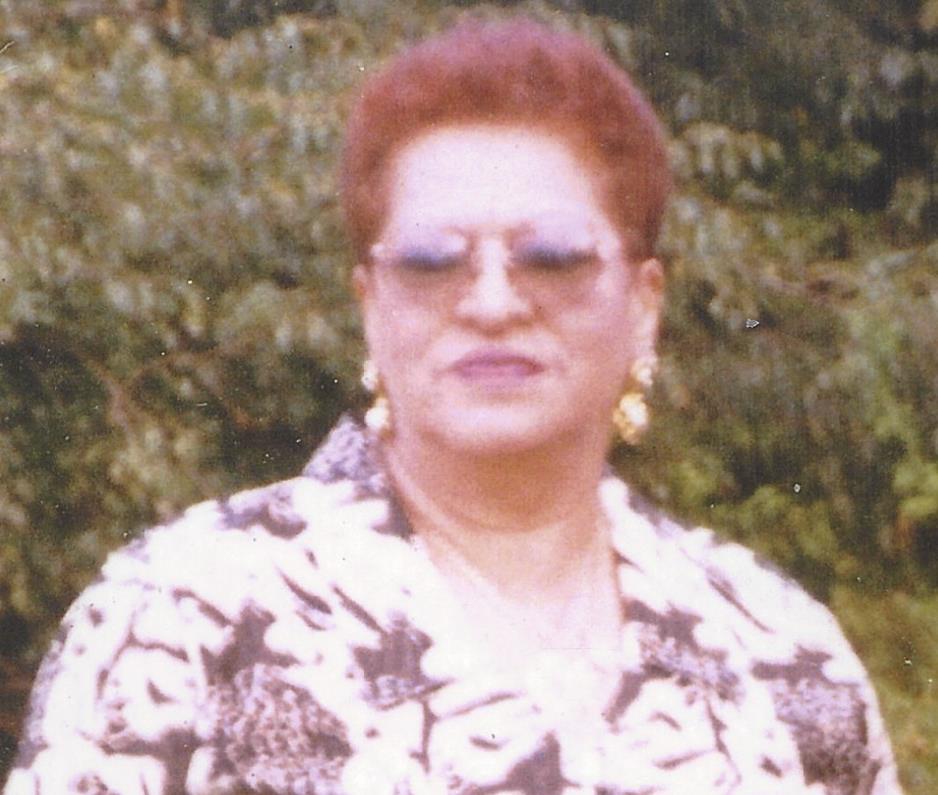 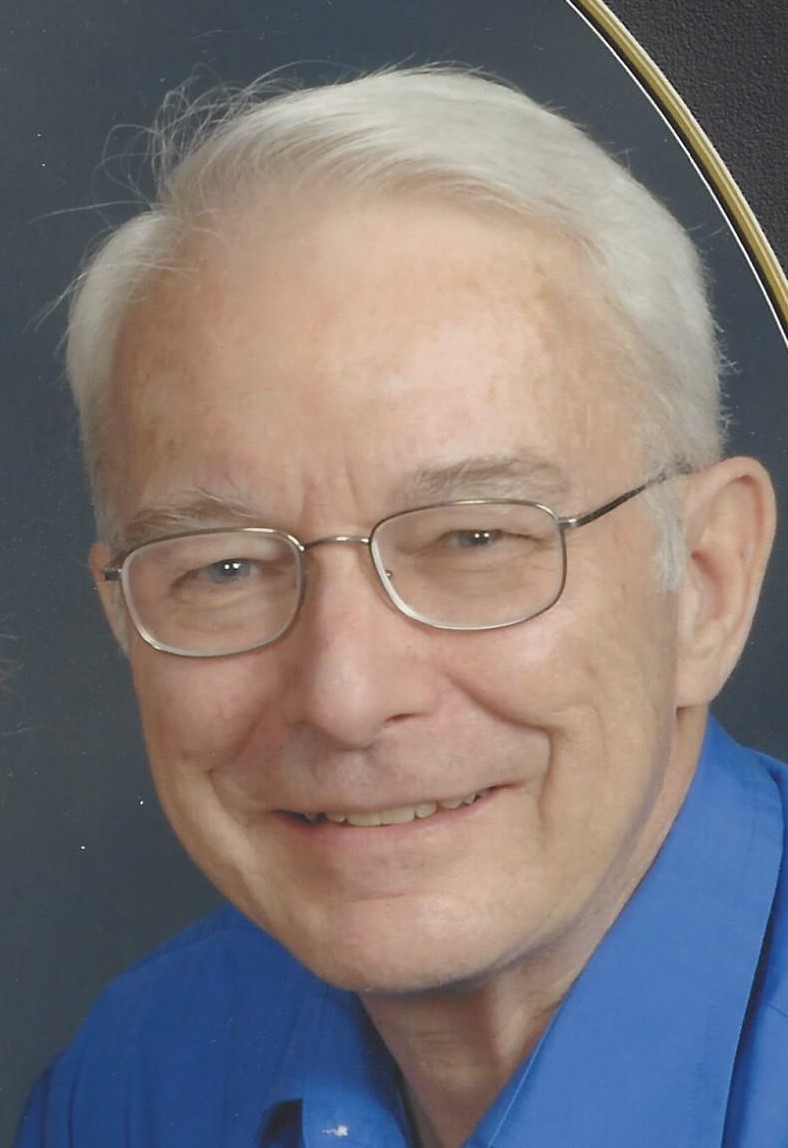 Cazimir J. Matuczinski 84, of Bethlehem was welcomed into the loving arms of his Savior on Thursday October 13, 2022. He was the loving husband to Barbara A. (Young) Matuczinski and celebrated their 64th wedding anniversary on June 28th. Born in Bethlehem, Cazimir was son of the late Cazimir R. and Bertha (Tepich) Matuczinski. He was a graduate of Liberty High School class of 1956 and was a faithful member of SS Simon and Jude Church in Bethlehem. Matty and Barbara loved going camping at the Evergreen Lake. He enjoyed building model trains and railroads for his family and was very active in his community. He was a Lehigh little league coach and enjoyed listening to polka and country music. Matty worked for Stroh brewery and most recently Trans Bridge bus lines. Every chance he got Matty told everyone, even random strangers how proud he was of his 10 grandchildren and 12 great grandchildren. Family was truly everything to him. Surviving with his wife Barbara are his sons: Cazimir R. and the late Marianne Matuczinski. Scott A. and his wife Karen. Daughters: Colleen wife of Richard Giering. Marianne Matuczinski. Brother: Ronald W. and his wife Barbara. Sister: Deborah wife of Roy Gambler. Grandchildren: Cazimir S., Markus, Marjorie, Jennifer, RJ, Anthony, Ashley, Ryan, Jason and Faith. Great-grandchildren: Izaiah, Gabriella, Kinzley, Kelby, Sorin, J, Gatlin, Jordan, Carter, Zeke, Brady and Hailee. Calling Hours will be on Tuesday October 18, 2022 from 6:00-8:00PM in the Downing Funeral Home and Wednesday October 19, 2022 from 9:30-10:20AM in SS Simon and Jude Church in Bethlehem. Mass of christian burial will be at 10:30AM. In lieu of flowers please consider donating to Good Days to support research for Macular Degeneration 2611 Internet Blvd. Frisch, TX 75034 or The Doug Flutie Foundation for Autism 1661 Worchester Rd. Suite 205B Framingham, MA

Madonna McGee Miltenberger, 87, of Allentown peacefully passed away on March 13, 2022 at Country Meadows Bethlehem. She was the wife of the late Wilbur J. Miltenberger, with whom she shared 52 years prior to his passing in 2019. Born in Bethlehem, she was the daughter of the late Charles and Eulalie McGee. Madonna was employed by Bethlehem Steel Corporation in Central Transcribing for many years.
Madonna was a very devout and active member of Immaculate Conception Church of Allentown. She was involved with Bible Study and very active with the Retreats, choir, Worship and Prayer and Activity committees. She also enjoyed volunteering at Catholic Charities Agency. An annual award has been established at the Church: “The Madonna Award” for volunteerism. Madonna will be remembered as one of the kindest, humble and faithful women.
She is survived by her three daughters, Madonna DiRocco Long (Robert), Lisa Moriarty (Paul) and Heidi Beegle (Joseph); two granddaughters, Meghan and Hannah; great granddaughter, Camryn, who “Mumsey” adored; three brothers, Terry, Larry, and Shawn McGee and a sister, Hildy Bradney and many nieces and nephews. In addition to her husband, Wilbur, she was predeceased by a grandson- Charles DiRocco and a brother, Charles McGee Jr.
A viewing will be held on Wednesday, March 16th 9-10AM with Mass of Christian Burial to be celebrated at 10AM all in Immaculate Conception Church 501 Ridge Ave Allentown, PA 18102. Burial to follow in Holy Saviour Cemetery. Arrangements are entrusted to Downing Funeral Home, Inc.
In lieu of flowers, contributions can be made in Madonna’s name to Immaculate Conception Church 501 Ridge Ave Allentown, PA 18102.

Joseph J. Malozi, 79, of Bethlehem, passed away February 8, 2022. He was the loving husband of 58 years to Sylvia (Shellock) Malozi. Born in Bethlehem, he was the son of the late Philip M. and Helen (Penchik) Malozi. Joseph owned and operated Joseph J. Malozi Plumbing for over 50 years. He was a member of Notre Dame of Bethlehem Catholic Church.
Survivors: wife- Sylvia Malozi, son- Mark Malozi and 2 brothers. He was predeceased by his son- Michael Malozi.
Services will be Private at the convenience of the family, care of Downing Funeral Home, Inc.
Contributions can be made in Joseph’s memory to Notre Dame of Bethlehem Catholic Church.

Francis Michael Misinco, 74, of Bethlehem, passed away Wednesday, July 7, 2021. He was the loving husband of 45 years to Margaret Mary (Kehs) Misinco. Born in Bethlehem, he was the son of the late Francis P. “Frank” and Arlene (Kiefer) Misinco.
Francis grew up in the Lower Saucon area and was a 1965 graduate of Hellertown-Lower Saucon High School. He served in the U.S. Army from September 1965 to September 1967, stationed at Fort Benning, Georgia. He retired from Mail-Well, Inc. in 2001 after 28 years of service, and then worked 11 years for Environmental Services at St. Luke's University Hospital-Bethlehem, where to this day he remains a legend of the ER.
He was a member of Holy Infancy Catholic Church in Bethlehem. Francis enjoyed fishing and gardening in his spare time, as well as cooking, talking with friends and neighbors, dog sitting his granddog Ziggy, and spending time with his family, including his beloved granddaughter, Sophia, who brought him much joy the last few years. He was a TV aficionado and was into extreme couponing long before it became a fad. He detested robocalls with a passion and looks forward to no longer receiving them.
Francis was the hardest worker, but also extremely humble. He would hate any fuss being made over him (likely including this obituary) and was always more concerned about everyone else around him. His strength and toughness through adversity was truly unmatched. Stubborn until the end, he refused to give in to any limitations and kept on going as long as he could. He will be deeply missed by all who knew him.
Survivors: wife, Margaret Mary Misinco; daughter, Marie Misinco (Bechara Jaoudeh); son, John Misinco; granddaughter, Sophia; aunt, Shirley Miller; granddog, Ziggy.
Services will be private with a public memorial to be held at a later date. Arrangements are entrusted to Downing Funeral Home, Inc.
Contributions can be made in Francis’s memory to his favorite charity, the Salvation Army, 344 N. 7th St. Allentown, PA 18102.

Virginia M. (Byrem) Murphy, 93, of Bethlehem, passed away May 30, 2020. She was the loving wife of the late Richard E. Murphy. Born in Harrisburg, she was the daughter of the late Harry and Estella (Sloyer) Byrem. She was a loving mother and grandmother.
Survivors: son- Richard and wife Ariel of Ashfield; daughters- Anne Bowser and husband Ronald of Bethlehem, Kathleen Murphy and husband Terry Magliane of Bethlehem Twp; 6 grandchildren; 9 great grandchildren. She was predeceased by her siblings- Harry Byrem and Beulah Kalmar.
Services will be Private for the family care of Downing Funeral Home, Inc.

Nerida M. Molina, 90, of Bethlehem, passed away May 3, 2020. She was the loving wife of the late Luis Ramos. Born in Puerto Rico, she was the daughter of the late Esteban Mojica and the late Margarita (Mojica) Molina. She retired from Panzell Inc. Nerida was a member of Holy Infancy Catholic Church.

Survivors: Sons- Edwin Rodriguez, Wilfredo and wife Betsy Rodriguez; Grandchildren- Raymond and his wife, Rachael, Bernadette, Willow, Nina, Melissa, Sammy, Eric, and Reuben; great grandchildren- Jasmine, Elizabeth, Raymond Jr. and others; brother- Candido and wife; sisters- Saro and her daughters- Magali, Tita and Maritza and family, Daffy and her children- Gilbert, Ricky and Awilda her son Jason. She was predeceased by her sons- Sammy and Junior, her grandson- Richard and many other siblings.

Dr. Gerald J. Morrow, 78, of Northampton, passed away December 31, 2019. He was the loving husband of 50 years to the late Zoyla H. (Haubner) Morrow, who passed away in May. Born in Saint Albans, NY he was the son of the late Gerald and Jane (Fergus) Morrow. He served in the U.S. Navy as a Captain with the Medical Unit during the Gulf War. Jerry received his Doctorate Degree from Georgetown Medical School. Jerry was a General Surgeon for many years at St. Luke’s Hospital. He was a member of Notre Dame of Bethlehem Catholic Church. He was also a member of the Allentown Philatelic Society and enjoyed playing bridge.
Survivors: son- Dan and his wife Linda Morrow of King of Prussia; daughter- Jane Morrow of Albuquerque, NM; granddaughters- Meghan and Sophie; sisters- Elizabeth Selfridge wife of Barrett, Trish Howard wife of Bill, Kathy Kennelly wife of Bob; many cousins, nieces and nephews.
A calling time will be held Thursday, January 9th 9:30-10:30AM with Mass of Christian Burial to follow at 10:30AM in Notre Dame of Bethlehem Catholic Church 1861 Catasauqua Rd Bethlehem, PA 18017. Burial to follow in Holy Saviour Cemetery. Arrangements entrusted to Downing Funeral Home, Inc.

Contributions can be made in Jerry’s memory to Notre Dame of Bethlehem Catholic Church Memorial Fund.

Wilbur J. Miltenberger, 85, of Allentown, passed away November 19, 2019. He was the loving husband of Madonna J. (McGee) Miltenberger. Born in Bethlehem, he was the son of the late James and Florence (Bartholomew) Miltenberger. He graduated from Bethlehem High School and served in the U.S. Army. He worked for Bethlehem Steel in Human Resources for over 30 years. Wilbur liked fishing as a child and participated in bowling leagues over the years. He loved playing cards and different competitive games with his family. After his retirement Wilbur worked at the Morning Call for over 10 years and then as a crossing guard for Allentown and Bethlehem.

A Service will be held on Friday, November 22nd at 11AM in Downing Funeral Home, Inc. 1002 W. Broad St. Bethlehem, PA 18018. Burial to follow in Holy Saviour Cemetery.

Contributions can be made in Wilbur’s memory to St. Jude Children’s Hospital or Peaceable Kingdom or to a charity of one’s choice.
1 2 3 4 5 6