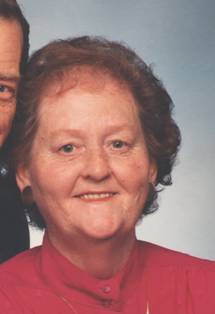 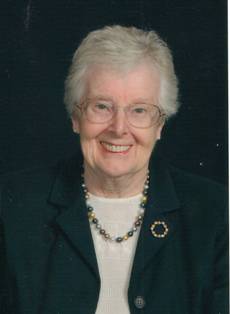 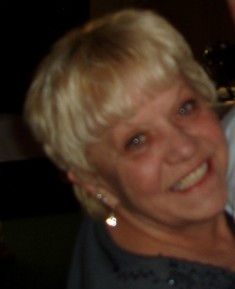 Kay A. (Miller) Longenbach, 77, of Bethlehem, passed away Tuesday, August 27, 2013 in Manor Care Bethlehem. She was the wife of over 59 years to Calvin K. Longenbach. Born in Frackville, she was the daughter of the late Howard and Esther (Evans) Miller. Kay was retired from Holy Family Manor. She was a member of Lehigh Valley Grace Brethren Church. Kay was involved with the church’s Senior group and past member of the Lehigh Little League’s Ladies Auxiliary. She loved cooking and spending time with her family.

Contributions can be made in Kay’s memory to Lehigh Valley Grace Brethren Church.

Dominic F. Leperi, 87, of Bethlehem, passed away Thursday, March 21, 2013. He was the loving husband, of 59 years, to Patricia A. (Sabota) Leperi. Born in Hazelton, he was the son of the late Daniel and Mildred (Cusatis) Leperi. He served in the U.S. Army during WWII as a Heavy Metal Crewman 1607. He earned the WWII Victor Medal, the American Campaign Medal, the European African Middle Eastrn Campaign Medal, and the Medal of Good Conduct. Dominic was a member of Incarnation of Our Lord Catholic Church. Dominic previously owned Leperi Cafe in Hazelton and then worked construction for Local #9 of Princeton, NJ, retiring in 1995. Survivors: Wife, Patricia A. Leperi; son, Dominic A. Leperi of Bethlehem; many nieces and nephews. He was predeceased by four siblings. Services: A calling time will be held on Wednesday, 11 to 1 p.m. with Mass of Christian Burial to be celebrated at 1 p.m. all in Incarnation of Our Lord Catholic Church, 617 Pierce St., Bethlehem, 18015. Inurnment to follow in Bethlehem Memorial Park. Arrangements care of Downing Funeral Home, Inc. Contributions: In lieu of flowers, donations can be made in his memory to the church.

Mary (Mount) Lind, 84, of Bethlehem, passed away Sunday, February 17, 2013. She was the loving wife of 58 years to Richard “Dick” J. Lind. Born in Trenton, NJ she was the daughter of the late Edward and Mary (Biddulph) Mount. Mary graduated from Cathedral High School in Trenton, NJ in 1946 and from the University of Mary Washington in Fredricksburg, VA in 1950 with a BA in History. She then graduated from Kutztown University in 1972 with her M.Ed. She worked for New Jersey Bell Telephone Co. for 9 years and then became a teacher for the Diocese of Allentown for 34 years. She spent 22 years in Notre Dame of Bethlehem School and 12 years in Cathedral of St. Catherine of Sienna School. Mary represented all Elementary Lay teachers of the Diocese during the First Synod of the Diocese of Allentown. She was a member of Notre Dame of Bethlehem Catholic Church, the Serra Club of Bethlehem and the Catholic College Women. Mary served 4 years, as the first woman, on the Serra International Board of Trustees in Chicago, with 2 years as International Vice President. She served on the Sisters of St. Joseph Development Advisory Board for 9 years and 4 years as the co-chair of the board. She also served for 4 years as co-chair of the Development Advisory Board Executive Committee. She chaired the International Convention Committee for 2 years. She traveled to Canada, Mexico, Italy, England and Australia. She was a major speaker at conventions in the USA and Rome, Italy. She is a past District Governor and was the chairperson of the District Governor Planning and Training Conference for the east coast for 3 years, in Philadelphia. She was also the first Regional Representative for Region 3 for the US/ Canada Council. She was the Area Trustee for 14 Serra Districts, 47 Serra Clubs and over 1,200 Serrans, from Maine through North Carolina.

Survivors:
Husband- Richard “Dick” J. Lind
Brother- In- Law- David of Utah
Nieces and Nephews- Edine, Eric, Erica, Barbara and Robert
Many Grand Nieces and Grand Nephews
Many Friends and Loved Ones including the Sisters of St. Joseph

A viewing will be held Wednesday 6-8PM in Downing Funeral Home, Inc. 1002 W. Broad St. Bethlehem 18018 and Thursday 10-10:45AM in Notre Dame of Bethlehem Catholic Church 1867 Catasauqua Rd Bethlehem 18018 with Mass of Christian Burial to be celebrated at 11AM. Entombment to take place Friday at 12PM in the Mausoleum at St. Mary’s Cemetery in Trenton, NJ.

In lieu of flowers, donations can be made in Mary’s memory to Sister’s of St. Joseph Development Fund 9701 Germantown Ave Philadelphia, PA 19118-2694.

Donald Lewis, 88, passed away Saturday, July 07, 2012 in Gracedale Nursing Home. He was the son of the late John and Lulu (Price) Lewis. He was the husband of the late Helen Lewis. Services Private c/o Downing Funeral Home, Inc.

Linda Y. (Snyder) Leiderman, 60, of Bethlehem, passed away Sunday, February 12,
2012. She was the loving wife of 39 years to Frederick F. Leiderman III. Born
in Allentown, she was the daughter of Raymond Snyder and the late Pauline
(Schmidt) Snyder. Linda was a member of the Rosemont Fire Co. She liked NASCAR
and loved cats, especially saving local stray cats.

Donald W. Laury, 80 of Bethlehem passed away Oct. 9, 2011 in his home.
He was the husband of Joan (Utsick) Laury. They celebrated their 21st wedding anniversary on Oct. 2.
Donald served in the Army during the Korean War. He was a lifetime member of the VFW Post 2124 and a member of the American Legion for 51 years.
He owned and operated the 7-11 on W. Broad St. in Bethlehem with his wife and family until 2004.

Services:
A viewing will be held on Thursday from 10-11AM in Downing Funeral Home, Inc., 1002 W. Broad St. Bethlehem, PA 18018. Service at 11AM in the funeral home. Burial in Memorial Park Cemetery.

Donations can be made towards funeral expenses, c/o the funeral home.

John L. Lazorik, Jr., 45, of Bethlehem, died Wednesday. He served in the U.S. Air Force during the Gulf War.


Contributions can be made toward the funeral expenses.