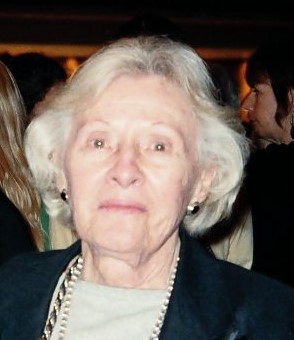 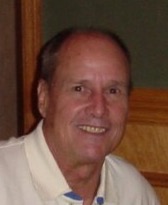 Barbara Strobel Iobst, 92, passed away from cancer on April 17, 2017, at Country Meadows of Bethlehem. Born in Allentown, she was the daughter of the late Charles and Amy (Romberger) Strobel and a member of Allentown High School’s class of 1941. Barbara attended National Park College in Forest Glen, MD, and graduated from Edgewood Park Junior College in Briarcliff Manor, NY, in 1943. She worked during WWII as a nurse’s aide for the Lehigh County Chapter of the American Red Cross and then for the Department of the Interior’s Solid Fuels Administration for War in Allentown. Barbara was married to Charles W. Iobst MD, a psychiatrist at St. Luke’s Hospital and in private practice, from July 15, 1944, until his death on October 8, 1980.

Barbara worked as a realtor associate for several years during the 1970s and 1980s with the E.J. Unger Agency in Bethlehem. She was an avid bridge player, enjoyed playing golf and gardening, and was a member of the Junior League of Bethlehem and of Central Moravian Church.

Barbara is survived by son Jeffrey (Elizabeth) of Fountain Hill, daughter Jody Williams of Alexandria, VA, and 3 grandchildren: Dr. Sara Iobst (Dr. Justin Watts) of Coral Gables, FL; Amy Iobst (Logan Novatnack) of Philadelphia; and Ben Iobst (Amy) of Fountain Hill. And she took particular delight in the arrival of 5 great-grandchildren in the last 4 years: Isabella, Aiden and Jacob Watts, and Sophia and Charlotte Iobst. Barbara was preceded in death by her oldest son, Chuck, on February 27th.

A memorial service will be held in the Old Chapel of Central Moravian Church on Friday, May 19, at 11:00 a.m.

Charles W. Iobst, Jr., 71, died on February 27, 2017, of natural causes at his home in Riviera Beach, FL. He was born and raised in Bethlehem, PA, the oldest son of the late Charles W. Iobst MD and Barbara (Strobel) Iobst. Chuck graduated from Liberty High School in 1963, where he was well known as a member of the basketball team. He went on to Princeton, where he was a member of Tiger Inn and the golf team, winning the Middle Atlantic Golf Championship title. Chuck earned a BS in Economics, Class of 1967, and then served for two years in the US Army. During a Korean deployment, SGT Iobst's golfing skills were quickly noted, and he was assigned the mission of golfing with local and regional commanders, Korean VIPs, and visiting US congressmen. After the Army, Chuck moved to West Palm Beach, where he qualified for the pro golf circuit, but after breaking a collar bone, felt he “never got his swing back.” Instead, he became a golf pro for several years at Breakers West. In the late 1970s, Chuck relocated to Scottsdale, AZ, to work as a private financial advisor for a family who became very close to him, with whom he shared a lifelong relationship. While in Scottsdale, Chuck managed the McCormick Ranch Golf Club. He later pursued graduate studies in Arizona, moved to Miami, and subsequently retired to Riviera Beach, FL.

Chuck is survived by his brother Jeffrey (Elizabeth) of Fountain Hill, his sister Jody Williams of Alexandria, VA, and two nieces and a nephew: Dr. Sara Iobst (Dr. Justin Watts) of Coral Gables, FL; Amy Iobst (Logan Novatnack) of Philadelphia; and Ben Iobst (Amy) of Fountain Hill. He will be missed by his extended family, other loved ones, and lifelong friends.

Chuck was laid to rest at the South Florida National Cemetery in Lake Worth. A memorial service is being planned for a later date.