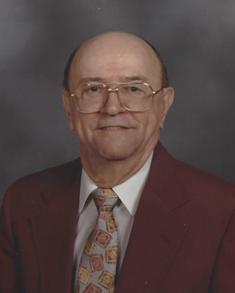 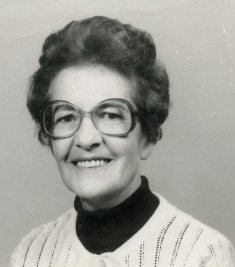 John J. Damhosl, Sr., 86, of Bethlehem, passed away Monday, January 12, 2015. He was the loving husband of 56 years to Betty Jane (Schaffer) Damhosl. Born in Bethlehem, he was the son of the late Theresa (Windish) and Rudolph Damhosl Sr. John served in the U.S. Army during the Korean Conflict. He retired from Rite Aid after 30 years of service. After his retirement John worked part time as a bagger for Laneco. John was a lifetime member of Holy Ghost Catholic Church and the Fountain Hill American Legion.

A viewing will be held Friday 9:30-10:30AM with a Funeral Service to follow at 10:30AM all in Holy Ghost Catholic Church 417 Carlton Ave Bethlehem, PA 18015. Burial to follow in Cedar Hill Memorial Park. Arrangements care of Downing Funeral Home, Inc.

In lieu of flowers, donations can be made in John’s memory to the church.

Rose F. De Sieno, 94, of New Tripoli, passed away on December 26, 2014 at Cornerstone Living, New Tripoli, PA. Born August 2, 1920 in Fountain Hill, she was the daughter of the late Angelo and Michelina (Castellucci) De Sieno. Rose attended Fountain Hill High School and graduated from Bethlehem Business College. Rose retired from Lucent in 1985 after 37 years. Prior to that she was employed at the Naval Inspections office and also for the Veterans Administration in Bethlehem. Rose was a member of Notre Dame Bethlehem Church where she was a member of the choir, the Notre Dame Third Order of Saint Dominic, the CCD program and RCIA Program. Rose was a Volunteer for Muhlenberg Hospital, Manor Care, Westminster Village, Clearview Elementary School, Girl Scouts, YWCA Teen Program, and Musikfest.

Services: A viewing will be held on Wednesday 10:30-11AM with a Mass of Christian Burial to be celebrated at 11AM all in Notre Dame of Bethlehem Catholic Church 1861 Catasauqua Rd Bethlehem, PA 18018. Burial to follow in Holy Saviour Cemetery, Bethlehem. Arrangements care of Downing Funeral Home, Inc.

Contributions: In lieu of flowers, donations can be made to the American Cancer Society.

Matilda “Tillie” Duda, 92, of Bethlehem, formerly of Phillipsburg, NJ passed away on Friday, May 30, 2014 at her residence in Alexandria Manor in Bath. She was the wife of Henry Duda for 55 years before his death in 2012. Born May 6, 1922 in Glasgow, Scotland, she was the only daughter of Ann and Frank McDevitt. Tillie was a member of Ss. Simon & Jude Catholic Church in Bethlehem. Many years ago, she worked for Orr’s of Warren in Phillipsburg in the children’s and China departments. She was an avid reader, loved to bake for her family and was an outstanding mother and loving grandmother.
SURVIVORS: Son, Paul Duda and his wife Barbara of Bath; Daughter, Ann Pareti and her husband Glenn of River Vale, NJ; grandchildren, Jennifer Snyder of Northampton, Stephen Duda of Freemansburg, Glenn and Allison Pareti of River Vale, NJ; great grandson, Thomas Paul Snyder. Preceded in death by brothers; Frank, Charles, John and James
SERVICES: Private and at the convenience of the family as arranged by the Downing Funeral Home, Inc., Bethlehem.
CONTRIBUTIONS: To the Alzheimer’s Association, Lehigh Valley Unit, 5151 Hamilton Blvd, Allentown, PA 18106

Adele (Alpago) Dallacqua, 96, of Bethlehem, passed away Monday, April 28, 2014 in Saucon Valley Manor. She was the wife of the late Oscar D. Dallacqua, who passed away in 1999. Born in Pen Argyl, she was the daughter of the late Peter and Louise (Bet) Alpago. Adele was a member of Ss. Simon and Jude Catholic Church.

A viewing will be held on Friday 9:45-10:45AM with a Mass of Christian Burial to follow at 11:00AM in Ss. Simon and Jude Catholic Church 730 W. Broad St. Bethlehem, PA 18018. Burial to follow in Holy Saviour Cemetery. Arrangements care of Downing Funeral Home, Inc.

Donations can be made in Adele’s memory to the church.

William R. Deetz Jr., 94, of Bethlehem, passed away Sunday, February 17, 2013. He was the husband of the late Agnes (Groeger) Deetz. Born in Bethlehem, he was the son of the late William and Anna (Boyer) Deetz, Sr. He served in the U.S. Navy during WWII. William was retired as a supervisor from Bethlehem Steel’s Manufacturing Division Forge Specialty. He was a member of Ss Simon and Jude Catholic Church and the Silver Creek Country Club.

Survivors:
Leo Miller of Bethlehem whom Agnes and William raised as their Son

Burial private at the convenience of the family care of Downing Funeral Home, Inc.

Donations can be made in Williams memory to the church.

Henry Duda, 84, of Bethlehem passed away on Thursday, October 25, 2012 at the Kindred Hospital in Easton. He was the husband of Matilda Tillie Duda, his wife of 55 years who currently resides at Alexandria Manor in Bath. He was born in Gelsenkirchen, Germany on May 25, 1928. A Machinist by trade, he immigrated to Toronto, Canada where he worked for 11 years at Canada Iron Pipe before taking a position in 1963 with the former Shamoon Industries now the Atlantic States Cast Iron Pipe in Phillipsburg, NJ. For 23 years, Henry worked at the Phillipsburg facility, 19 of those years was as a purchasing agent, retiring in 1989. He and his wife were members of Ss. Simon & Jude Church in Bethlehem. He also was a member of the Liberty Hose, Fleas and Citizen Hose Clubs in Easton. He was the greatest grandpa and will be sorely missed by all.

Survivors: Wife, Matilda; daughter, Ann M. Pareti and husband Glenn and their children Glenn J. and Allison who reside in River Vale, NJ; son, Paul and his wife Barbara L. Duda of Bath, with whom Henry resided with; grandchildren, Jennifer L. Snyder and husband Randy of Northampton, Stephen Henry Duda of Bethlehem; and a brother, Helmut of Gelsenkirchen.