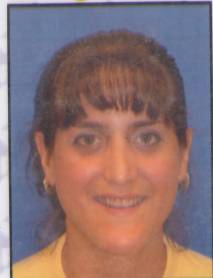 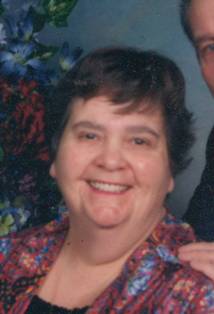 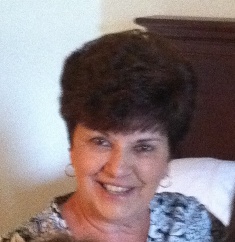 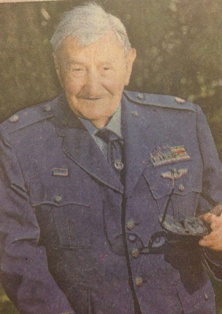 Marie G. (Atmore) Schlottman, 77, of Bethlehem, passed away Sunday, December 08, 2013. She was the loving wife of 51 years to Neil J. Schlottman. Born in Philadelphia, she was the daughter of the late Joseph and Marie (Flanigan) Atmore. Marie graduated in 1954 from Little Flower High School in Philadelphia. She was a member of Notre Dame of Bethlehem Catholic Church. Marie worked in Insurance in Philadelphia and was then the Secretary to a Vice President of Lehigh University for 15 years before her retirement. She was then a secretary for Holy Family Manor.

A calling time will be held Thursday 9:45-10:30AM with a Mass of Christian Burial to be celebrated at 10:30AM in Notre Dame of Bethlehem Catholic Church 1861 Catasauqua Rd Bethlehem, PA 18018. Burial to follow in Holy Saviour Cemetery.

In lieu of flowers, donations can be made in Marie’s memory toward her funeral expenses care of Downing Funeral Home, Inc.

Charles R. Sterner, 69, of Bethlehem, passed away Friday. Born in Bethlehem, he was the son of the late Roland Percival and Barbara (Schadler) Sterner.

Survivors: Brothers- William and Erwin both of Bethlehem, Roland Jr. of Florida
Sisters- Flo Martin and Joyce Starr both of Bethlehem
He was predeceased by Sisters- Dorothy Kilpatrick, Elizabeth Balkit and Brothers- John and Harry Sterner.

Christine S. (Kessler) Struble, 41, of Bethlehem, passed away Wednesday, November 6, 2013 in her home. She was the loving wife of 8 years to David L. Struble. Born in Phillipsburg, NJ she was the daughter of Carl and Ruth (Mackes) Kessler. Chris worked as a machine operator for Georgia Pacific for 12 years. She was a member of St. Peters Lutheran Church in Bethlehem. Chris was a strong and avid supporter of Breast Cancer Awareness.

In lieu of flowers, donations can be made in Chris’s memory to the church. www.DowningFuneralHome.com

Beulah C. (Bradberry) Sheffield, 92, of Bethlehem, passed away September 18, 2013 in her home surrounded by her loving family. She was the wife of the late Clarence A. Sheffield. Born in Newport News, VA she was the daughter of the late London and Kezziah (Dennis) Bradberry. Beulah at age 2 moved and resided in Newark, NJ with her family. She attended the public school system there. Upon completion she worked in various jobs, including GE and General Motors. She met and married Clarence (Tony) Sheffield on May 14, 1942 and enjoyed 67 years of marriage and one son Steven.

She retired with her husband to Urbanna, VA and later moved to Bethlehem, PA to live with her son.

Beulah enjoyed gardening, tennis, traveling and animals. She was especially joyous in being one of Jehovah Witnesses, spending time studying the Bible and sharing what she learned with her neighbors.

In lieu of flowers, donations can be made in Beulah’s memory to the Kingdom Hall of Jehovah Witnesses’.

Margaret M. (Fischer) Sarko, 80, of Bethlehem, passed away August 21, 2013 in Moravian Village. She was the loving wife of 57 years to Andrew J. Sarko. Born in Bethlehem, she was the daughter of the late Anthony A. and Mary E. (Kohler) Fischer. Margaret was retired from the Morning Call’s Circulation Dept. She was a member of Saints Simon and Jude Catholic Church.

In lieu of flowers, donations can be made to Center for Vision Loss 845 W. Wyoming St. Allentown, PA 18103.

Dolores "Dolly" L. (Jankaitis) Schiavone, 69, of Bethlehem, passed away Friday, August 09, 2013 in Lehigh Valley Hospital- Muhlenberg with her family by her side. She was the loving wife of the late Joseph A. Schiavone. Born in Ashland, she was the daughter of the late Victor and Josephine (Spolidare) Jankaitis. She was a retired Hair Dresser. Dolores was a member of Notre Dame of Bethlehem Catholic Church.

In lieu of flowers, donations can be made to the church or to The Center for Animal Health and Welfare 1165 Island Park Rd, Easton, PA 18042.

Sam was a member of Holy Cross Lutheran Church, Bethlehem for 59 years; he was a retired Bethlehem Steel supervisor and Civil Engineer Land Surveyor, a WWII Bomber pilot of a B-25 in the Army Air Force, and a pilot in the Berlin Airlift. He also served in Korea during the conflict and commanded a base in Japan; he retired a Lt. Col. in the Air Force Reserves. A Lehigh University graduate, he once scored a touchdown against Penn State as a member of the football team. He was an avid golfer, Lehigh wrestling fan, Little League Coach, Cub Scouts leader, and an active member of the NW Bethlehem Lions Club.

A calling time will be held on Thursday 3-4PM with a Service at 4PM all in the Fellowship Manor Chapel 3000 Fellowship Dr. Whitehall, PA 18052.
In lieu of flowers, the family requests memorial contributions to the church or Wounded Warriors. www.DowningFuneralHome.com